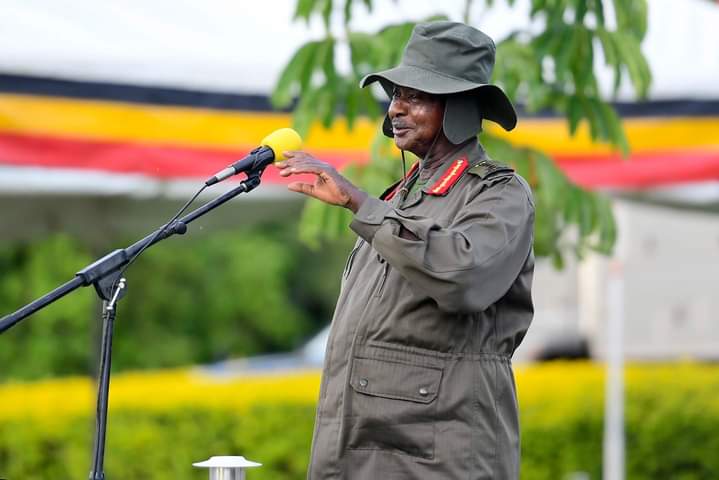 SEE ALSO: I was to return to the bush if Bobi won-M7

Museveni made these remarks while addressing a gathering of MP elects of the ruling NRM party who are winding up the three week retreat in Kyankwanzi district. Museveni was informing his MPs about the essence of having a free education system for all as he lashed out at private school operators whom he says are over charging Ugandans.

“Thank you so much. These headmasters and the local elite want to get money from the parents. They don’t care about whether the students go to school or not,” he exclaimed. He added that the National Unity Platform party and its entire leadership all emerged from this gap in te education system as he strains that the idle young people were compelled to join Bobi Wine. “When the children drop out, that is how you get the NUP,” he added.

It should be noted that the same first family through the first lady, Janet Kataaha who heads the Ministry of education recommended an unprecedented tuition fee increment at the premier university Makerere in a bid to block children of the underprivileged from accessing affordable education.