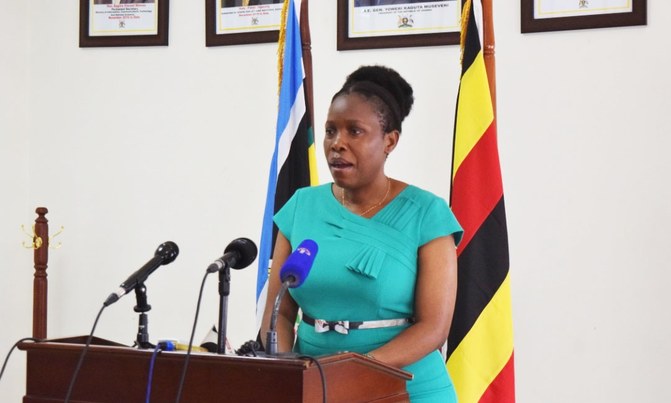 The Minister for information and National guidance, Hon. Judith Nabakooba says government may not hesitate to reimpose tough covid protocols due to the complacency of the general public as she says Ugandans have abandoned the Ministry of health guidelines.

“We are in times of a new wave and already the Indian variant has been registered in Uganda,” she says. “We will not hesitate to revive the tougher lockdown measures in a bid to curb the soaring covid cases,” she adds.

The warning comes barely a few days to the planned inauguration ceremony of Mr. Museveni who is yet to take up the sixth term. Security has already intensified its deployment in the capital, Kampala and Wakiso areas. Analysts say the planned lockdown is just a political restraint by government which suspects the opposition supporters to hamper the swearing in of Mr. Museveni. Road blocks have been reinvigorated and a tough curfew is being manned whereby the armed forces are even at liberty to shoot as they desire. On Saturday night, a trigger happy LDU officer shot a motorist in Nsangi for flouting the curfew.