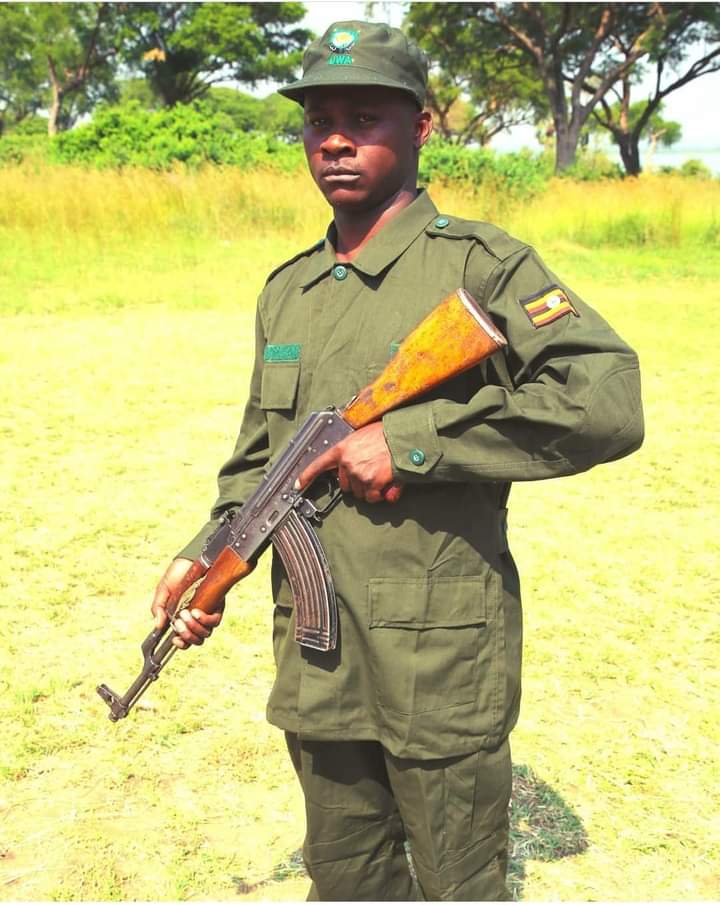 Majority of staunch cadres of the ruling NRM party have been armed with rifles for self defence as the government anticipates a chaotic ‘inauguration ceremony’ for Gen. Yoweri Museveni who has imposed himself on Ugandans for sixth term that will see him lead for 40 years.

Some of the cadres who have received guns includes ‘Teacher Mpamire’, renowned comedian who mimics president Museveni in his comedy skits. Mpamire took to his Facebook to share pictures of himself holding an AK-47 rifle triggering a backlash from supporters of NUP who lashed out at him for possessing an illegal tool.

“You find that our comrades are rotting in prison on fabricated cases of possession of military stores yet the real culprits are cadres bragging on social media,” Commented one of the embittered Ugandans who flanked Mpamire’s Facebook timeline. “And I’m very sure the UPDF will not come for you because you are connected. But our NUP people are detained for just a red overall and a beret,” commented another.

With the planned inauguration a stone throw away, the regime is in total panic unleashing its military might like never before. Apparently Russian fighter jets are the order of the day in Kampala skies, while foot patrol soldiers are littered all over the streets.

At least 4,000 people are to take part in the physical inauguration function at Kololo independence grounds, confirmed minister for presidency, Esther Mbayo.