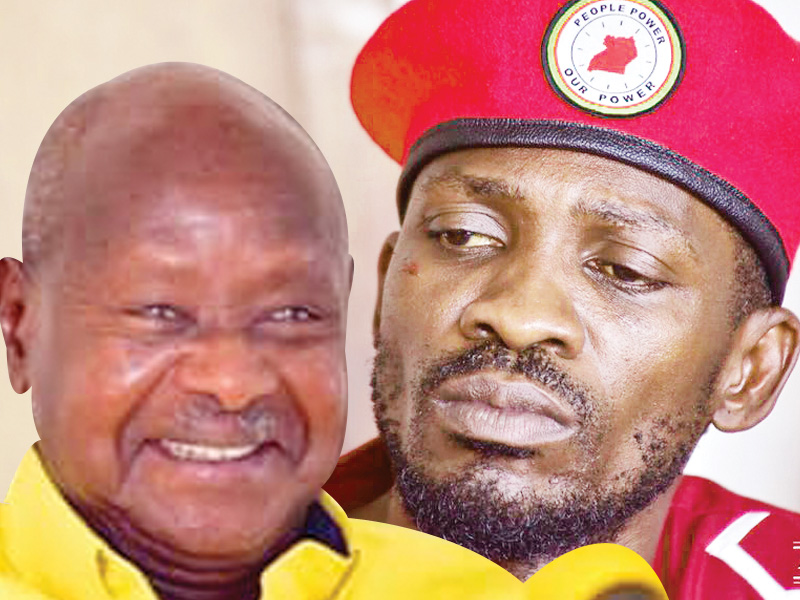 President Yoweri Museveni has reportedly written to former 2021 presidential contenders to take part in his swearing-in fete scheduled for May 12. Among those he has reportedly invited is the National Unity Platform party boss, Kyagulanyi Ssentamu Robert aka Bobi Wine. Despite the harassment and degrading violence meted out on Kyagulanyi, Museveni deems it fit for him to mend out issues with him.

SEE ALSO: Museveni suffers hiccup as 19 of 40 presidents decline to attend his inauguration

The NUP boss however says he has not received any invite and has since rubbished any possibility of legitimizing the reelection of Mr. Museveni. Kyagulanyi maintains that he won the poll with 54.19% and the party has a set of over 20,000 declaration forms to ‘prove that’.

The Alliance for National Transformation party president Rtd. Maj. Gen. Mugisha Muntu says he will not attend the planned inauguration. “We thank him for inviting us but I can’t go to celebrate impunity, manipulation, deception, lies and cheating,” Gen. Muntu says.

A little over 4,000 people have been invited to the UGX 7 Billion swearing-in ceremony of President Yoweri Kaguta Museveni. These include 2,482 district delegates, 529 MP-Elects, 42 heads of state, 10 former presidential candidates