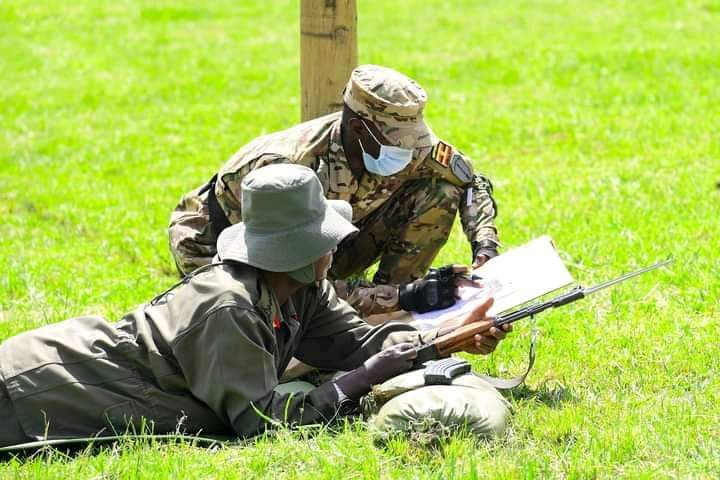 Atrocities are hidden from the population using naked women or fictional films. Yoweri Museveni’s history of whitewashing his criminal record.

Recently, news broke on the internet how Yoweri Museveni is has hired Mercury Public Affairs LLC a U.S based PR corporation to clean up his mess of murdering over 100 innocent people on the streets of Kampala as they protested aganist the arrest of a renowned regime critic Robert Kyagulanyi, a reggae artist and politician also known by his stage name Bobi Wine. This is not the first time Yoweri Museveni has acquired the services of the American or European propagandists to clean up his mess. In the mid 1980s Yoweri Museveni with his fellow rebels recruited and trained young children to be soliders. They were commonly known as KADOGO. After turning young children into killing machines, the war in Luwero got so bloody, over 800,000 people lost their lives. Instead when the German and American media personnels flew in Uganda, they termed these children soliders “warriors”.

Before the popular “Kony 2012” viral videos, a group of journalists secretly recorded UPDF soliders committing atrocities on the people who were in IDP camps. Its estimated that over 1,000,000 people were dying every year in Northern Uganda under the watch and influence of Yoweri Museveni’s influence. When the journalists who caught recording criminal acts in North Uganda were either tortured to death, or imprisoned and their camera equipments were destroyed. Some were bribed. When a little of the Kony video leaked, it was followed by fiction and Yoweri Museveni used it as an opportunity to gather billions of dollars in aid and military support. The other secret video that was posted by ABC News owned by Disney World, was deleted under the influence of Mercury Public Affairs LLC and some powerful figures from the U.S Government.

In 2016 the Military under the command of Yoweri Museveni and his son Keinerugaba Muhoozi invaded and massacred over 250 people including young children and pregnant women at the Rwenzururu King’s Palace in Kasese. Still Yoweri Museveni bribed various media house in Uganda and abroad to cover up the atrocities.

As adults are fed on pornography, the children are glued to the cartoon networks, atrocities committed against humanity are swept under the carpets. And natural resources are stolen. Millions of Ugandans are left in absolute poverty.