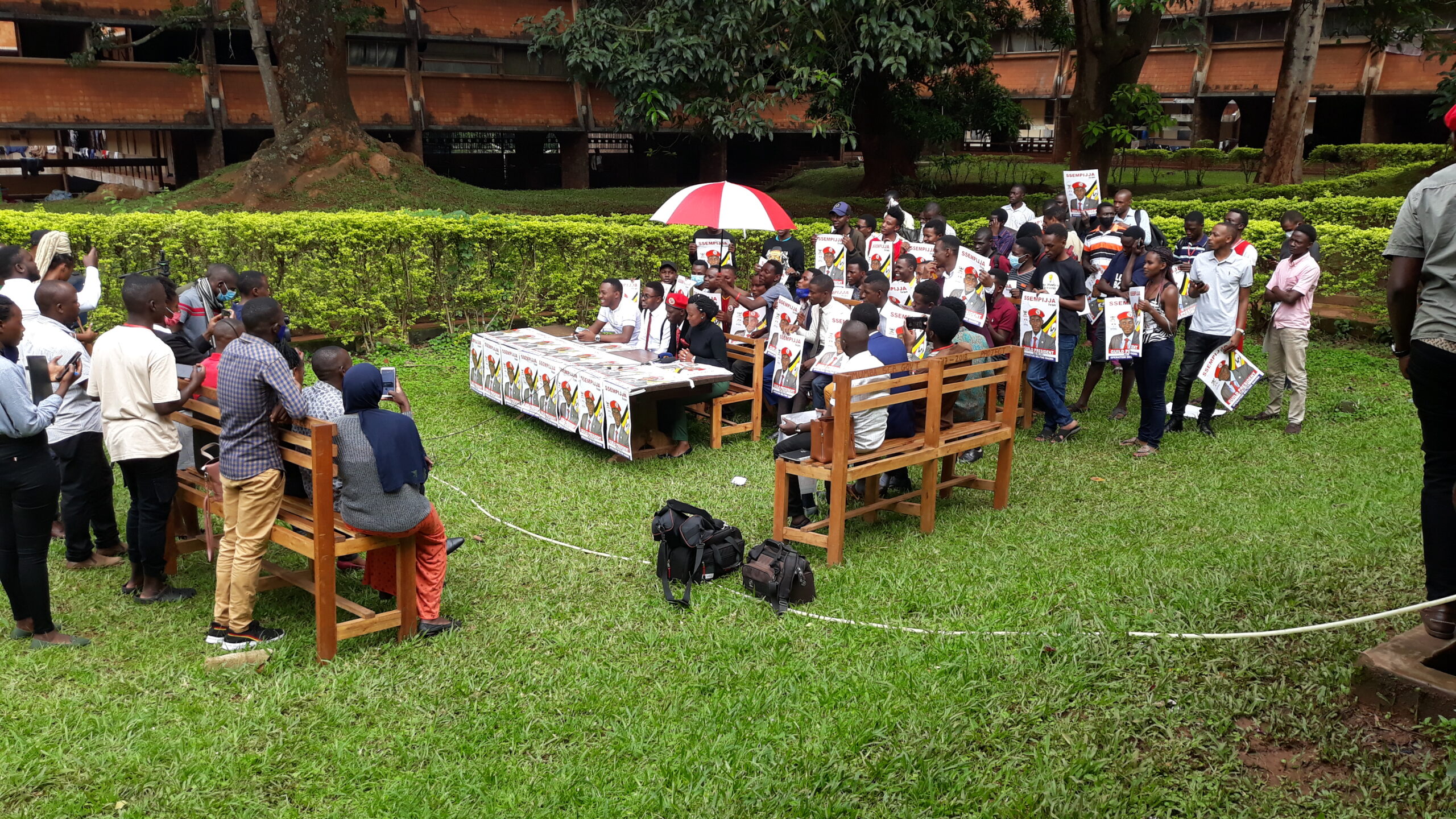 The long awaited Makerere University students guild election is ongoing amidst an unprecedented low voter turn up. The polls have been blended for the online voting process and the physical for students with legal access to campus.

Reports indicate that the Barnabas Nawangwe administration has frustrated the online voting system to discourage students from voting the National Unity Platform party candidate, Oguttu Aaron. “The system has been slowed,” reacts, Mutoni, a student of social sciences. “They send you a code and it expires in just a blink. This is frustrating. We will not vote,” she adds.

Police have even deployed heavily to ensure that the vote rigging mechanism goes as planned. Bbosa Edwin, one of te candidates smuggled in by the NRM party says the online system is fair for a candidate who joined late like him. “The virtual voting is okay for me,” Bbosa says.

Meanwhile, Ivan Ssempijja another NUP leaning candidate is among those competing for the guild seat. Ssempijja’s rise is hinged on the efforts of Nalukwago Judith, the NUP female candidate who was dramatically kicked out of the contest. Voting is ongoing and expected to end at 17:00hrs. By closure of today, the Makerere guild results shall be announced.