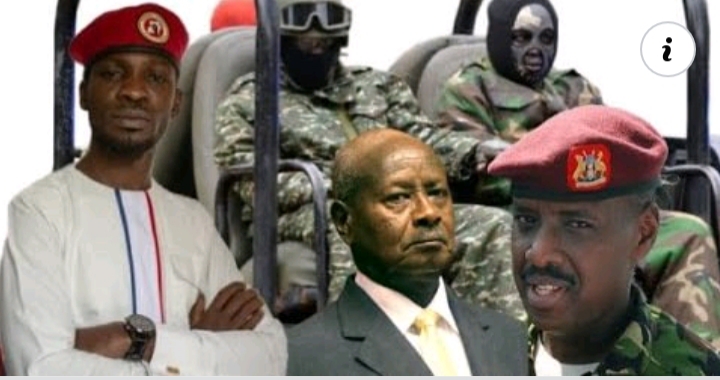 With less than a week to the inauguration ceremony of Gen. Yoweri Museveni who is swearing in for a sixth consecutive term, his advisers have rallied him to do everything possible to convince his main challenger, Kyagulanyi Ssentamu Robert aka Bobi Wine to attend the planned function.

“Truth be told your Excellency, much as we have the sixth term in our hands, it is very vital that Bobi Wine attends this function,” veteran journalist Andrew Mwenda rallied Museveni in a high profile state house Nakasero meeting on Thursday night. “Bobi’s attendance will give us some legitimacy. Even the embittered western nations may retreat the sanctions they’ve slapped on our economy,” he added.

One of Museveni’s advisers on youth affairs asked him to engage urban slum supporters of the NUP party. In fact, when Museveni delegated his youth mobilizer Lillian Aber (Now woman MP Kitgum), she instead connived with some new elements like Jennifer Full Figure to bribe young people with UGX 50,000 each to turn up youth coordinators of NUP. In fact, a boastful Museveni tweeted on Thursday how he had finally engaged NUP supporters. The tweet suffered a backlash from NUP leaders who disregarded the group as merely a bunch of masqueraders. The gimmick failed to pick up and now Museveni’s advisers now say it is vital for Museveni to involve the Kamwokya group in round table talks. In fact, plans are under way to release some of the jailed party supporters on May 10 in a court bail. This however is not yet verified by our security sources.