Bobi Wine: our plans to unseat dictator Museveni are on 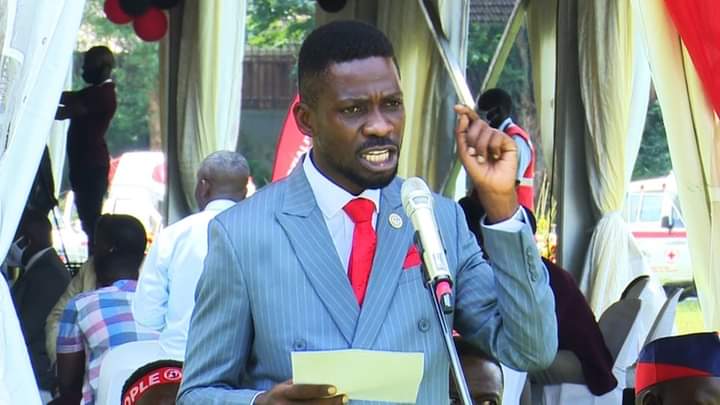 The former Presidential candidate, Kyagulanyi Ssentamu Robert aka Bobi Wine who was speaking to NUP leaders from Wakiso district at his home in Magere where he assured them that his only job now is to see that Museveni leaves power by any means.

Kyagulanyi told the NUP leaders that even if Museveni swears in on the 12th of May, their plans to uproot him out are still on and most likely to be successful before the end of year.

“We are working day and night to see that Museveni packs his bags and leaves State House. Starting 12th of May, he will be occupying State house Illegitimately because we defeated him in the elections. We should not lose hope because am certain that before end of your, the dictator will be down,” Kyagulanyi said.

Last week President Museveni came out to warn all those that were planning to disrupt the swearing in ceremony saying that they will get what they are looking for because the security forces will not entertain such nonsense.