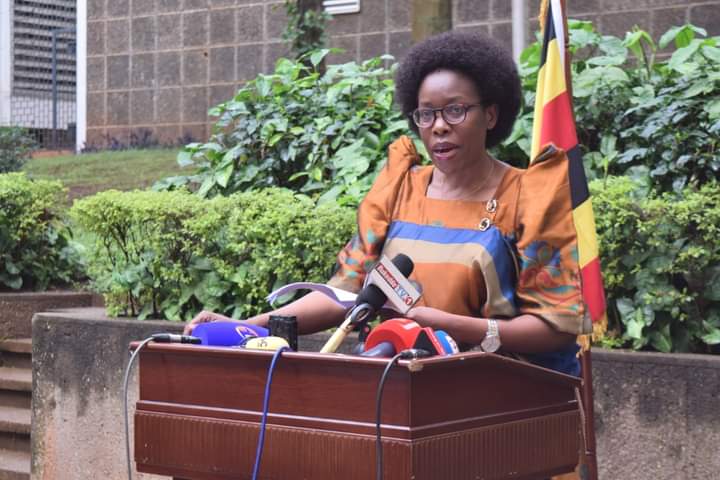 The Minister for information and National guidance Judith Nabakooba says government expects all Ugandans to be in their homes during the inauguration ceremony of Gen. Yoweri Museveni slated to take place next week on Wednesday, May 12.

Nabakooba who gave an update this Sunday morning says May 12 is an important day and has been gazetted as a public holiday. “Government has declared 12th May 2021 a public holiday as President Kaguta Museveni swears in for his sixth elected term of Office,” Nabakooba said. “We expect everyone to be on their TV sets watching the event live,” she added.

Gen. Yoweri Museveni secured the sixth term in a blood bathed election that left dozens of people dead during clashes between security forces and opposition supporters. Hon. Kyagulanyi Ssentamu Robert aka Bobi Wine picked up as the people’s favourite candidate and gave 77 year old veteran dictator a bloody nose blow. Bobi Wine believes he won the poll with 54.19% of the total votes though the Electoral Commission announced Mr. Museveni as victor with 58% and Bobi Wine second with 35%.