Army speaks out on deployment at Bobi Wine home 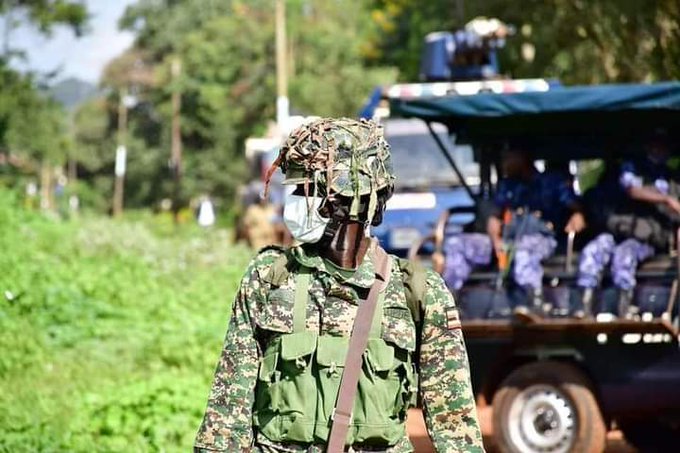 The Deputy spokesperson of the Uganda People’s Defence Forces, Lt. Deo Akiiki says the deployment at the Magere residence of ex presidential candidate Kyagulanyi Ssentamu Robert aka Bobi Wine is for his own good. Akiiki says a person with the status like that of Bobi Wine deserves maximum security at such a crucial time of swearing in.

“Hon. Kyagulanyi is even lucky that he is one of the people with high status in the country,” Lt. Akiiki says.

“I saw his name is even among the invited guests who we expect to attend the inauguration. As UPDF, we are ready to escort him to the inauguration venue,” Lt. Deo Akiiki adds further. Asked if Hon. Kyagulanyi is free to conduct his routine schedules today, Akiiki says that can only happen when the army is notified.

His statement however contravenes the earlier one reiterated by the army spokesperson Brig. Flavia Byekwaso who said they had retrieved vital information that Hon. Kyagulanyi and his disgruntled supporters were rather planning to hold a parallel inauguration ceremony. She said the deployment at his residence is instead meant to ensure that such plans do not progress as suspected.