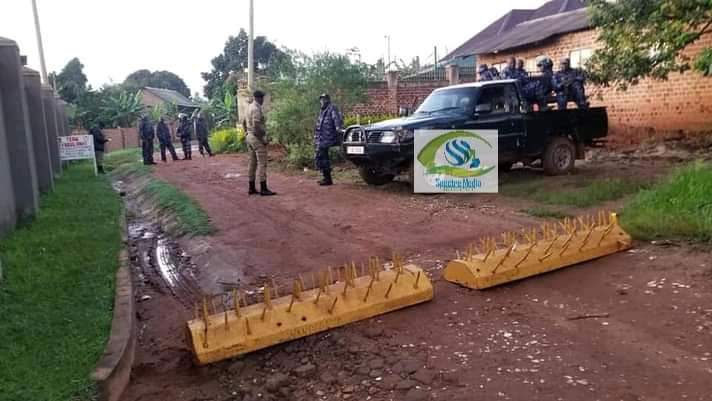 Credible reports indicate that former presidential candidate Kyagulanyi Ssentamu Robert aka Bobi Wine’s residence in Magere has been sealed off by security forces ahead of the Presidential swearing in ceremony on May 12 this Wednesday.

According to Brig Gen Flavia Byekwaso the spokesperson of the UPDF, she says that the intelligence units have information showing that Kyagulanyi is planning to illegally swear in self and cause chaos in the city to disrupt the official ceremony at Kololo.

Kyagulanyi through his official social media platforms has also confirmed the presence of the military around his home this morning.

“Our comrades were meant to appear for their bail hearing today at the General Court Martial. All of a sudden, they called off the court. Meanwhile, my home is surrounded by the police and military! Soldiers are back to the streets. This is how the dictator plans to swear himself in!,” Bobi Wine posted in a shared Facebook statement.