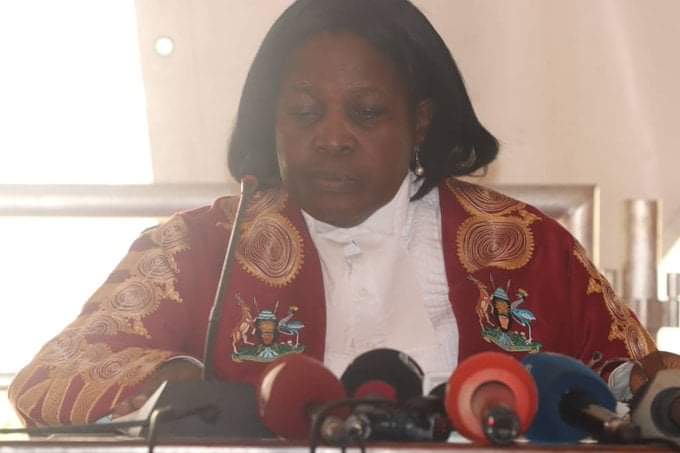 Supreme court judge Esther Kisakye who clashed with the Chief Justice Alfonse Owiny Dollo has been flown abroad for proper treatment after suffering a strange illness, this site has learnt.

Kisakye, who was on the panel of the nine judges hearing the short lived 2021 election petition case filed by the National Unity Platform party president Kyagulanyi Ssentamu Robert aka Bobi Wine ruled that Museveni’s reelection was a sham.

Kisakye agreed that Bobi Wine was illegally placed under house arrest to deter him from filing the election petition. Her objective verdict compelled the partisan chief justice to confiscate it before it would he widely publicized. Sources in the judiciary say Justice Kisakye has since turned a target as she kept receiving threats from anonymous people who vowed to inflict harm on her. Police did not interet itself in the matter though it was life threatening. Justice Kisakye is now already on a plane to a foreign country to undergo treatment for a yet to be revealed ailment which may be linked to politics.