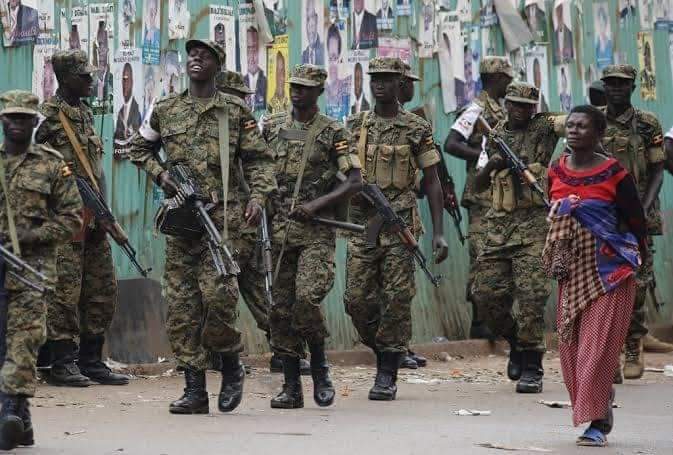 Soldiers of the Uganda People’s Defence Forces in conjunction with the Uganda police force have raided the head office of the National Unity Platform party.

SEE ALSO: NUP says they have nothing to celebrate with M7

The party spokesperson Joel Ssenyonyi who was addressing the press conference is reportedly under clampdown. Press and NUP supporters have been dispersed with teargas canisters pelted directly at the party offices. Our reporter on the scene says some of the NUP security aides have been arrested but we could not establish the details.

The raid comes just hours to the long awaited inauguration ceremony of Gen. Yoweri Museveni who is warming up for a sixth term. More on the story to be revealed shortly.