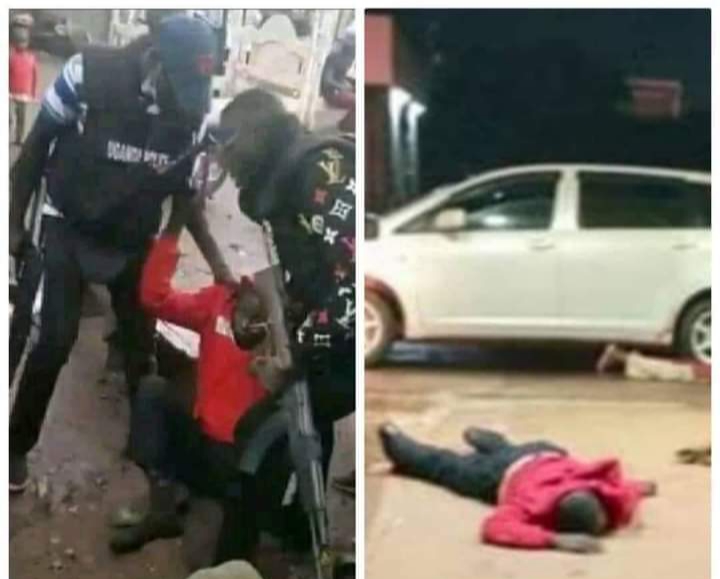 Reports coming in now indicate that he was shot and killed as he resisted the abduction. Contacted for a comment on the footage, security spokespersons declined to speak saying that they are still assessing the situation. “We are new to the incident. As police we don’t know much about that particular operation but we shall investigate and share our findings with media,” Enanga remarked in a phone call.

The trend of abductions has escalated this week as the incumbent Yoweri Museveni government warms up for a sixth term. Youths who support the NUP party leader, Kyagulanyi Ssentamu Robert aka Bobi Wine have become victims as the state fears that they will explode into a problem if their political conscience is awakened.