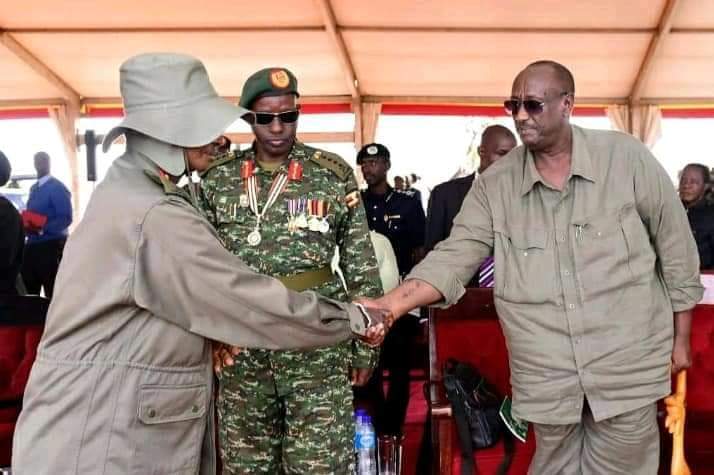 Gen. Tumwiine has also assured Ugandans that there will always be peace because Museveni and other NRA men who went to bush have been able to solve the issue of insecurity. “We told you NUP supporters were just making noise and they wouldn’t pose any threat,” Gen. Tumwiine brags. “They should eceb appreciate us for being tolerant. They are using this peace we fought for to abuse us. But we know they now know what it means to have power,” he adds.

Gen Tumwine also adds that many groups of people have been planning and trying to disrupt the peace of Uganda but they have ended up being disappointed because the country’s security organs have always been alert and have managed to subortage their plans.

“This government has so far defeated 27 insurgencies. Many other groups especially from the opposition have been planning to cause chaos here but we have managed to tame them. They can’t try it again. There is no one we cannot stop.” He adds

Gen Tumwine has also asked Ugandans to go back to their duties and look for money because the Election season is over and it’s time for work. “Now that the politics has ended, we expect everyone to go back to work,” he adds.