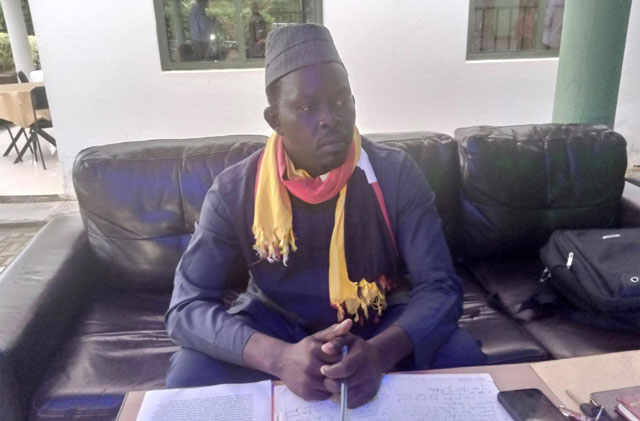 Forum for Democratic Change Member of Parliament elect, Oguzu Lee of Maracha county who recently turned up for Museveni inauguration has been bounced from running for Deputy speaker under his party ticket. Hon. Lee who announced his bid on May 6 at a press conference in Arua insists on running with or without the party backing.

Party officials however say they have rejected his bid not basing on the fact that he attended Museveni’s inaugural event but rather the fact that the slot is already occupied by the Mawokota south MP elect Yusuf Nsibambi.

“As FDC, we endorsed Counsel Yusuf Nsibambi to hold our party flag for Deputy speaker,” the Deputy FDC spokesperson Harold Kaija reacts. “We have already dispatched a team headed by senior party officials to speak to Hon. Lee and we are sure everything will be handled,” he adds.

Asked if he will bow down to the party pressure, a determined Hon. Lee says he will not. “We might not have been in that parliament long enough, but we have been around too long to know what has become of that office,” said Oguzu. “I will run for the office of Deputy speaker because I am not representing a party but all members of the house,” he adds.