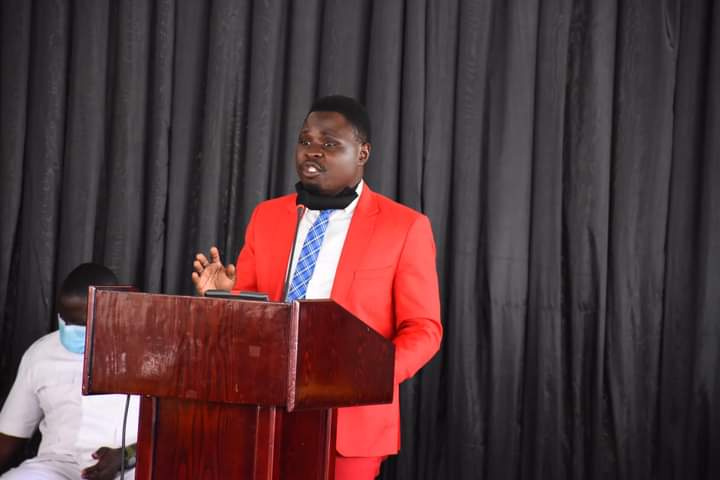 I was born six years after you lied, looted and murdered your way into power. I went through school, under your rule, with relative ease — for mine were parents of some means. But while that may have been so, I reached the apex of our education system only to look back and see that most of my childhood friends had not proceeded to Advanced Level, let alone to University. I was succeeding alone. That was not okay.

So I engaged many of them, only to realize that although I went to some of the best schools I could under my circumstances, not everyone I met there necessarily came from a well-to-do family. Most of those with whom I was at University could not find gainful employment however brilliant they had been in school, yet they lacked the wherewithal and social support to operate private businesses. This, due to the polluted investment climate for local entrepreneurs characterized by a cocktail of burdensome taxes, absence of the rule of law, and political uncertainty.

In a country like ours, the main impediment to young people’s aspirations tends to be bad leadership, yet that is exactly what many youth have unconsciously grown up under with you fixed at the helm of our country. I thus felt that it behooved me, as a person surrounded by abundance, to participate in causes that would equally give my despairing age mates a fighting chance in life. So I joined Parliament at the old age of 23, and immediately identified with the opposition because I did not trust that our problems could be solved by the same leadership that created and/or incubated them.

Once in Parliament, I yearned to have a President of my generation; one that would empathize with the struggles youth fight on a daily basis to stay alive. I felt that such a person would, then, be best suited to lead us in the struggle of salvaging our future. That is why, among other reasons, I immediately embraced Hon. Robert Kyagulanyi when he joined active politics. It did not occur to me at that time that this union would mark the beginning of a self-perpetuating cycle of State violence against me, rationalized by State-sponsored false propaganda.

It began with the 2017 debate of the Age Limit Bill when you unleashed your SFC bodyguards against us on the floor of Parliament. It escalated during the 2018 #AruaByeElection campaigns that have since turned into a nightmare for me. Acting on what you certainly knew to be false propaganda claiming that we had stoned your car, you once again set upon us your bodyguards who tortured and left us for dead. Your security men have tortured me on at least 2 more occasions since then, with the latest being the April 2020 incident when I was dehumanized for distributing food to my neighbors.

Hardly had I recovered than your guards abducted me, transferred me to Northern Uganda, and had me charged with ‘escaping’ from ‘lawful’ custody – all so that you could maintain the false propaganda against my character.

But as if physically violating my person has not been enough for you, you’ve gone a step further to destroy my reputation such that the public sees me as legitimate target of excessive force, rather than the helpless victim of torture that many of my fellow youth and I have been on all occasions. Your propaganda machine has in some respect succeeded in casting me as an indisciplined, law-breaking young man. That either I am reckless; or I torture myself to earn sympathy; or I conduct myself in so dishonorable a manner that every time security personnel interface with me they must leave me tottering on life’s edge. In so doing, your Regime deflects the public’s attention away from the critical issues of governance that I seek to raise on behalf of my fellow young people, and instead casts that attention upon the false image of me that you have created for unsuspecting members of the public. Yet I have not been the only victim of this pernicious propaganda, as Dr. Kizza Besigye and Hon. Kyagulanyi have suffered worse.

When your prison guards at Kitalya received my comrade Nubian Li and 35 other members of Hon. Kyagulanyi’s 2021 presidential campaign team jailed there for the last 6 months, they subjected them to the most cruel and dehumanising treatment. The mistreatment included stripping them butt-naked and then shaving off their hair in deliberate disregard of the Prisons Act which requires prison officials to keep the hair of prisoners awaiting trial “in the same state as it was on admission”. The prison warders did this to teach my comrades a “lesson”, partly because your propaganda machine had convinced them that the Nubians were violent criminals; and partly because the warders have been employed for far too long by a regime that pays no respect to the most basic of citizens’ rights.

I thought that if Parliament visited these prisoners of conscience, their suffering would be alleviated. But their prison conditions instead became worse: they are now isolated from each other, and some of their leaders are reportedly stripped every night and sodomized! They have not only lost their liberty, but also lost their families either to death or despair. By the time they regain their freedom, many will have lost their jobs, too, or businesses. You have answered their pleas for a secure future with persecution.

When we accompanied our leader Hon. Kyagulanyi to his presidential campaigns, our intention was not to spread disease, cause violence or subvert government like your propaganda machine falsely claimed. We did so in good-faith; acting in pursuit of our constitutional rights and duties. But rather than protect us on the campaign trail as any leader in your position should have done, you terrorized us. You turned highways and venues of our campaign meetings into warzones — while maintaining before the public a façade of a peace-loving Statesman battling terrorists! Being the deceitful coward that you are, you hid behind COVID-19 to perpetrate devastating violence against unarmed groups of youth singing freedom songs. Even when hundreds of bullet-riddled bodies lay in the wake of your brutal military operation against our campaigns, you did not feel satisfied enough until you had locked up thousands of those who survived. I did not know that this is how military Generals worth their salt act!

Having rigged the election, you went ahead to swear yourself in while surrounded by fellow dictators and a few development partners who attended the function out of courtesy rather than out of a genuine conviction that you won the election. And then your message suddenly changed.

You are now telling us to “move on” and “return to work” because “politics” has “ended”. But how do we move on like you never hijacked our Will? How do we move on when thousands of our peers and leaders that were seized on your orders are still languishing in detention? How do grief-stricken families of the people your security forces massacred move on without getting justice? How do we move on when the issues that brought us into the struggle are still unresolved? As someone who took an oath to not recognise any regime that illegally imposes itself on the People of Uganda, I shall not move on until these questions are decisively answered in the Peoples’ favour. We will not move on until all citizens finally have an equal shot at succeeding in life regardless of their circumstances.