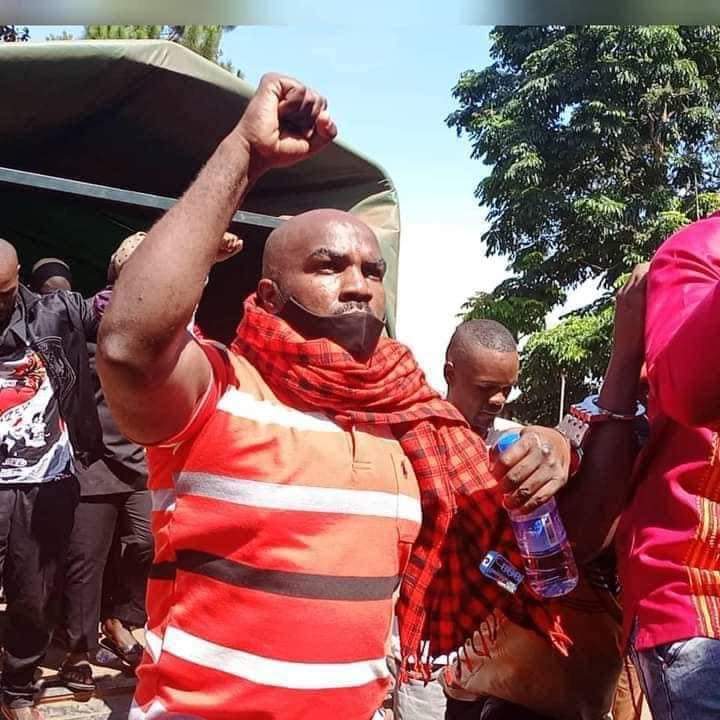 The court martial has this Monday afternoon denied to consider the bail application of the supporters of the National Unity Platform party who are in Kitalya prison on charges of possession of firearms and military stores. The visibly frail NUP members were in the morning physically chauffeured to the Makindye court with hopes that they would perhaps obtain their bail. All were dressed in the actual clothes in which they were arrested last December in the islands of Kalangala where presidential candidate Kyagulanyi Ssentamu Robert aka Bobi Wine was to have a campaign rally.

The court martial judge, Lt. Andrew Gutti clearly put it that he would not grant them bail despite the fact that their substantial sureties were readily armed with all the requirements. Gutti who last time absconded the session claiming he was ill maintains that even when the NUP members are freed, they pose a great threat to ‘national security’ and therefore releasing them at such a time would ‘compromise peace’.

Singer Buken Ali aka Nubian Li, a singing partner to Bobi Wine looked extremely weak and even he had lost his weight due to the solitary confinement imposed by prison warders ever since his interface with the parliament human rights committee that visited Kitalya to probe the atrocities ongoing behind the walls.

“Our comrades who appeared at the General Court Martial today for their bail hearing have yet again been sent back to Kitalya Prison. Even those who presented medical records to show that they are very sick and in need of urgent medical attention. The quest for justice and freedom might be long and sometimes frustrating, but in the end, every pain and effort will be worth it.”