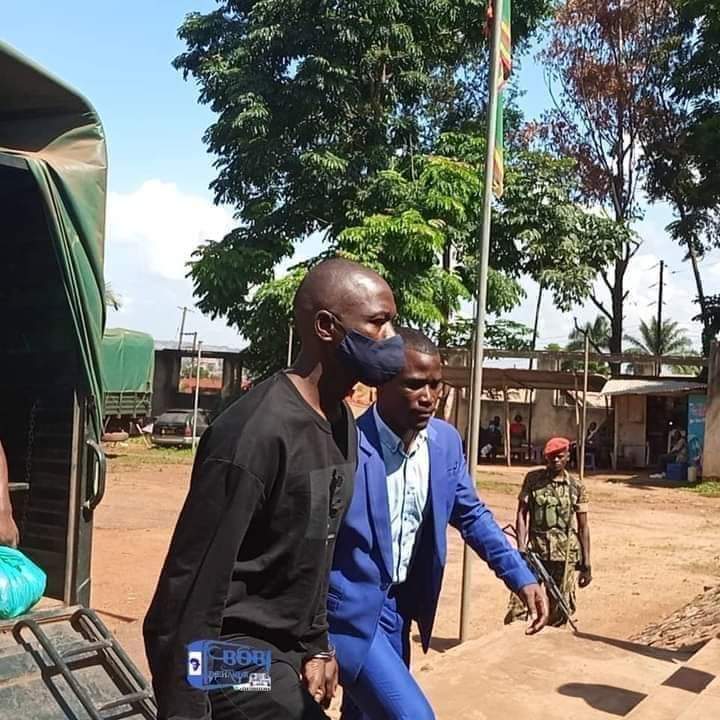 NUP iron lady, Ms. Patricia Ssewungu has lashed out at the Commissioner general of prisons, Dr. Johnson Byabashaija for presiding over a torture fete on the jailed political prisoners in Kitalya prison. In a brief statement issued on her Facebook page, Ms. Ssewungu says prisons warders acted illegally when they inflicted bodily harm on the NUP supporters whose court case remains unconcluded. Patricia says this manifests that the warders are inclined to serving the interests of the sitting regime which wants Nubian Li, Eddie Mutwe and the rest persecuted so that they lose the morale to speak against the state.

I still struggle to understand where the Uganda prisons service gets the audacity to change the physical appearance of people who have not yet been sentenced! The prisons act clearly prohibits these atrocious acts of torturing or punishing people that are still on remand. What Byabashaija and his juniors are doing is illegal. We all know the charges being imposed on our comrades are fabricated which is why even a fair trial in the courts is being frustrated. Prosecution claims they committed the crime at a date when they were under heavy custody in the Masaka UPDF barracks! One wonders how all the detained managed to escape out of custody to commit the said crime! Dear Nubian Li, Dan Magic, Eddie Mutwe and all comrades languishing in the lice infested cells of Kitalya. We understand the untold agony you undergo but be firm because we are with you in this. These crooks may jail your bodies but they can’t suppress your spirit for the revolution. We go through the same pain seeing your tormentors persistently imposing their iron fist rule on our bleeding nation. Never shall we relent in our quest to subdue gun rule and revive civilian rule. We will continue demanding for your unconditional freedom.