‘We are betrayed by our own fear,’ Bobi tells Ugandans in new hit song 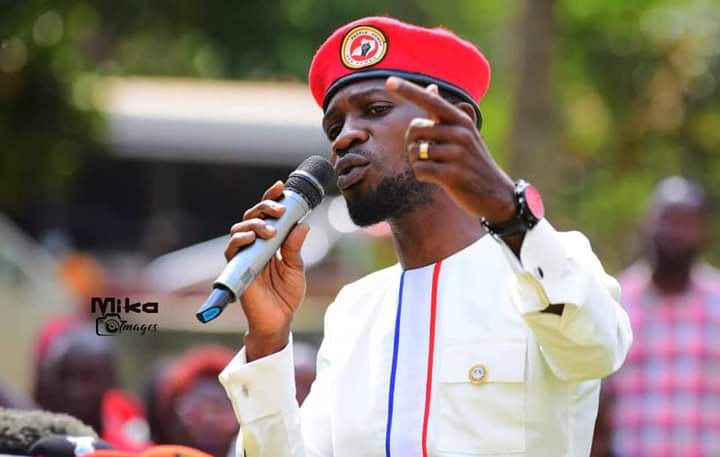 Titled ‘Akatengo’ to mean ‘fear’, the newly released hit banger comes as a tribute to the political prisoners who were arrested in Kalangala close to 6 months ago. The song is produced by Dan Magic, who is also among the political prisoners languishing in incarceration in the dungeons of Kitalya prison. Former presidential candidate Kyagulanyi Ssentamu Robert aka Bobi Wine takes to the studio again to give his assessment of the political struggle.

In the lyrically well packaged song, he relates to the 1980-85 bush war that brought the sitting regime and rules out that the incumbents led by Gen. Yoweri Museveni have indeed betrayed the sacrifices of the Ugandans. ”They came and stole from our plantations. They fled with our cattle,” Bobi says in part of his lyrics. “And now they have impoverished our generation. We now have a huge debt to clear and this shall take us close to 80 years to clear,” he says in his other part of the lyrics.

Bobi Wine who says he won the 2021 general elections with close to 54.19% has todate declined to recognize the leadership of Gen. Museveni who last week was inaugurated to rule for a sixth consecutive term. Bobi insists that the will of Ugandans who cast their polls on January 14, was undermined by the Byabakama Electoral Commission which declared Gen. Museveni victor with 58% with Bobi taking only 35% of the total tally.

Bobi on the song

“This song was produced by Dan Magic. It was 60% finished when he was taken to hail as a political prisoner. Today I will release this song in honour of him and all the fearless young men and women who continue to languish in prison for no reason. The song is called #Katengo.”