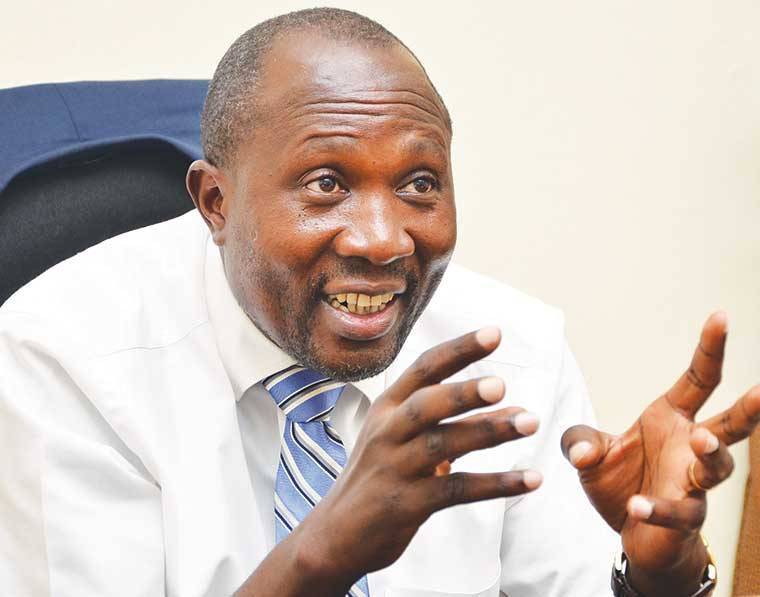 The outgoing opposition Forum for Democratic Change party has defended its position regarding the unwillingness to work with the National Unity Platform party in the eleventh parliament. Speaking to media in reaction to the recent remarks by the FDC Vice President Proscovia Salaamu Musumba, the FDC party secretary general Nathan Nandala Mafabi has reaffirmed that his party shall indeed not go into unity negotiations with NUP as earlier anticipated in the media.

SEE ALSO: Salaamu Musumba: FDC will not work with NUP

Mafabi who addressed the press this morning said one of the reasons FDC cannot offer some of its 32 MPs to form the opposition cabinet with NUP which is to lead the minority, is that they don’t trust the latter.

“We cannot work with people who are opposition in daytime but at night they are different. They sneak to state house and make deals with the junta,” Mafabi said. “Our worry is that some of them posture as opposition and at the same time speak to the Junta in the night. As FDC we cannot entertain that kind of double standards because it is not what we stand for,” he added.

When asked to pin out the names of the NUP members he was accusing of dealing with the regime, Mafabi stammered and failed to make his case. “Obviously Ugandans will know what we are talking about,” he said. “It’s just a matter of time. But as FDC, we will not work with NUP in this new term,” he added.