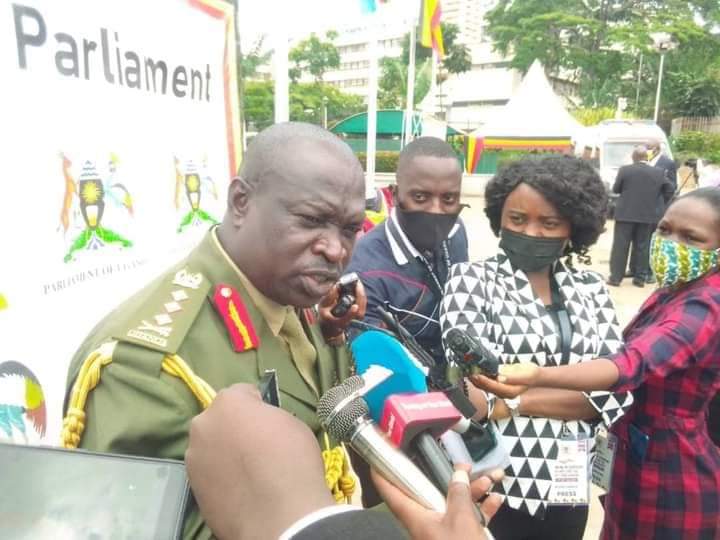 The Obusinga bwa Rwenzururu kingdom has expressed its discontent with the bitter assertions made by the UPDF representative to the eleventh parliament, Lt. Gen. Peter Elwelu who bragged about making over 154 families lose their people to an invasion on the Kasese 5 years ago.

In his post-inauguration remarks, a jubilant Elwelu clearly put it that he was so excited for the mass killing he presided over saying he was doing it for the safety of the country.
“Kasese people deserved death,” Elwelu authoritatively remarked.
“What are you talking about? I don’t regret killing them. Those people deserved to die. They were rebels who wanted to disrupt the peace of the country. Kasese now has peace because of my good decision,” he added.

The Obusinga bwa Rwenzururu kingdom officials now say these disgraceful comments by Elwelu must be withdrawn publicly and he issues an apology and a resignation from official UPDF duties. “Those comments are too inhumane. They will trigger fury in our people yet Kasese was close to recovery from the wounds inflicted by this particular raid,” Kule Kingdom official said. “We want Elwelu to withdraw his remarks and step down too. We are protesting these insensitive remarks,” he added.

It should be noted that for over the past years, Rwenzururu kingdom has been at loggerheads with the dictatorial regime of Gen. Yoweri Museveni which they accuse of masterminding extortion and exploitation of the mineral rich region. The kingdom nearly asked for a secession after realizing it would never benefit from the revenue collected from its natural resources. The move was however repelled by the UPDF which raided the Kasese palace on the ill fated day of November, 26.