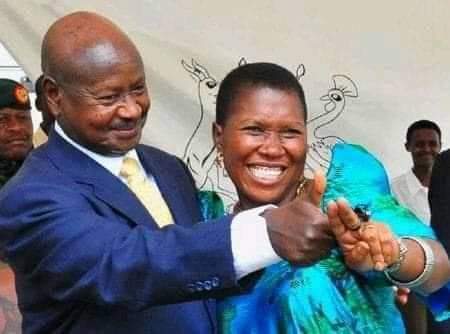 Right from the start of the battle for speaker, the former opposition party dubbed Forum for Democratic Change was never at peace with supporting the same candidate with NUP as witnessed in past precedents of byelections where they would openly rally voters to support NRM candidates but never those backed by NUP or Bobi Wine. In 2018 Bugiri byelection for instance, the FDC deputy secretary general Harold Kaija took to the podium and urged voters to either consider Eunice Namatende (FDC candidate) or vote for NRM but not Asuman Basalirwa (People Power candidate).

Now that the cake slice has slipped to the NUP, FDC is still embittered and agitated by the fact they are a distance away from the eating table. The game plan to keep them relevant shifted to injecting all their efforts on fighting NUP.

After realizing that their party was not going to be vibrant in the 2021-26 tenure having lost grip of the office of the leaders of opposition which they held for 20 years, FDC members held closed door talks with NRM leaders from the Jacob Oulanyah camp. Proposals were made that Budadiri MP Nandala Mafabi emerges and contest for speaker in a quest to divide any possible Kadaga influence in the opposition. Citing his unpopularity to the side of NUP, Mafabi turned down the proposal and instead suggested that a neutral Ssemujju takes up the task. The deal is said to have seen Oulanyah sacrfice about UGX 2.5 billion to facilitate Ssemujju Nganda’s candidature. Nganda was asked to posture as the opposition candidate and make sarcastic and bitter comments on NUP.

In another show, the FDC Vice President Salaam Musumba whose husband is a staunch NRM cadre was tasked to petition Kadaga’s legislative victory as the Kamuli woman MP and make her nomination chances as speaker fail. The petition however turned out late and the Oulanyah team and FDC had to take the battle to the floor of parliament where they all agreed to give Oulanyah a block vote. FDC and NRM all suspected that NUP and its head would rather retain Kadaga on the speaker slot. The 15 votes polled by Ssemujju (whereby one came from NUP’s Ssewanyana) all mean that his entire candidature was a hoax and a joke. Why of the 32 FDC MPs is that just 14 (minus NUP’s Ssewanyana) voted for Ssemujju?