Museveni: FDC are my good allies 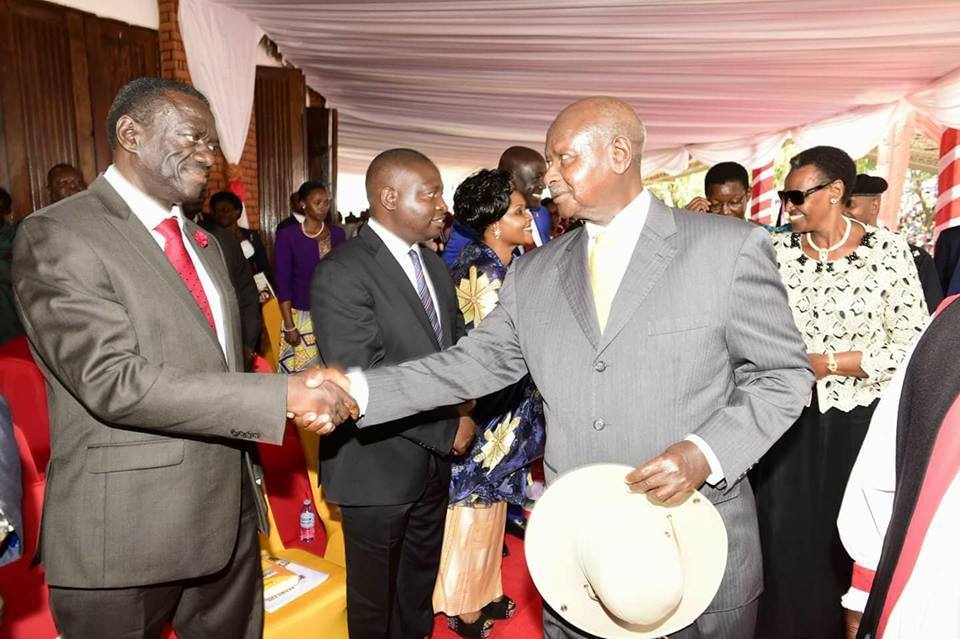 Gen. Yoweri Museveni has revealed that as the incumbent president, he has enjoyed great moments with the former opposition politicians in the Forum for Democratic Change party whom he says made his prolonged stay in power convenient.

Museveni who spoke moments after his blue eyed boy, Jacob Oulanyah was declared the speaker of the eleventh parliament said of all the opposition parties he has engaged, only the National Unity Platform party headed by former presidential candidate Kyagulanyi Ssentamu Robert aka Bobi Wine has given him hard time. A boastful Museveni revealed how he had penetrated the opposition parties by granting their leaders some juicy positions in cabinet and parliament committees, while others are direct beneficiaries of state hand outs for instance the DP party president Nobert Mao who drives a cabinet ministerial vehicle and his own wife is an aide in the state house.

Museveni says only NUP have made his life hard in the time he had led this country. He insinuated that NUP and its leadership could be the first formidable opposition front he has ever faced.

“I am ready to work with the opposition. I talk very well with UPC and DP. Recently, I also talk well with FDC. The only group which has refused to dialogue with us are those of NUP,” Museveni said.

It should be recalled that when the NUP party leader engaged other opposition parties to make a united front, only FDC declined to involve in the merger claiming they could not hold discussions with NUP on grounds that their missions are divergent. The FDC secretary general Nandala Mafabi and the Vice President Salaam Musumba were front liners in this mission of sabotaging the proposed unity process.