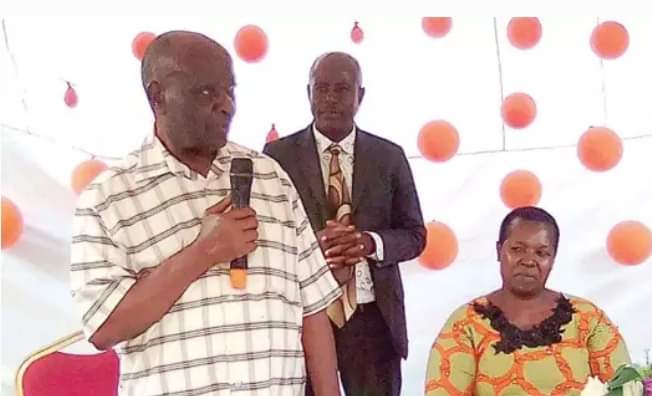 Former presidential candidate of the People’s Progressive Party (PPP) Jabel Bidandi Ssali has taken a step and advised President Museveni to peacefully hand over power so as to avoid repercussions which may include bloodshed.

His advice comes just weeks after president Museveni swore himself in for a sixth consecutive term that shall see him lead Uganda for 40 years. Bidandi, who once served as a state Minister says if president Museveni wants to leave a legacy and be remembered as a patriot, he should then embrace the likes of South African nationalist, Nelson Mandela who stepped down willingly at a time when people needed him the most.

Bidandi says, “If president Museveni doesn’t show the Spirit of Nationalism as Nelson Mandela did, Ugandans will find themselves paying debt that they are not supposed to pay. This will be inform of mass killings”.

Hon. Bidandi Ssali is a father to NRM leaning musician Moses Ssali largely known for his stage name Bebe Cool. Bindandi ran for presidency in the 2011 general elections under the PPP but drama manifested when his own son chose president Museveni over him.