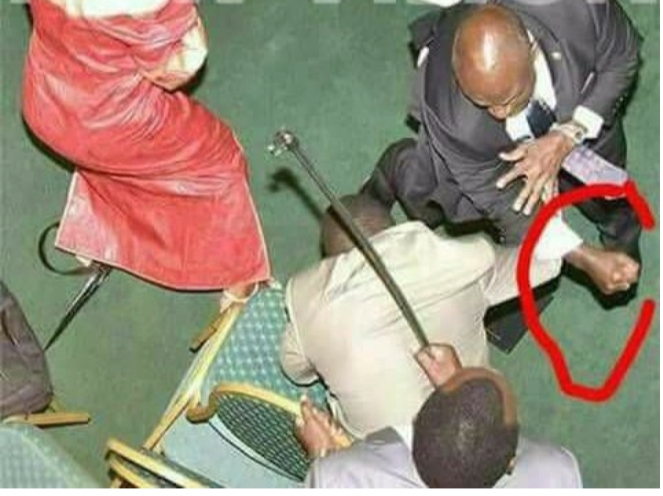 On Tuesday morning, a tragedy struck the nation when one of the key government officials and a liberation historical, Gen. Katumba Wamala was close to being assassinated by unknown masked assailants riding on motorbikes. Although the four star general luckily escaped with minor injuries on his arms and chest, his 32 year old daughter, Brenda Nantongo alongside the driver, Haruna Kayondo died on the spot.

SEE ALSO: I’m coming for those pigs, Tibuhaburwa speaks out on Katumba shooting

The clues retrieved from a source involved in the prevailing investigations show that the forensic officers have all agreed that the murders are linked to one well trained terrorist group. They have all unanimously approved that these assailants are highly trained judging by how they successfully flee from the crime scenes leaving behind no clues. It had taken more than a year since 2019 when a similar style assassination attempt had been made on a government official.

In 2017 during the passing of the controversial age limit bill, Gen. Katumba was one of the vocal protagonists of scrapping of the only chance left to relieve Uganda of a one man rule. A lively Katumba was even more daring than before. He rose from his seat and gave a huge knock out blow to the then youthful Mityana municipality legislator Zaake Francis Butebi who fainted on plenary. In the press interviews that followed thereafter, an unapologetic Katumba praised himself for what he had done. He even took to Twitter and explained why he had punched Zaake.

..”because he was selling ice cream in form of breaking chairs and destroying Parliament property in the process” tweeter Katumba in 2017.

Katumba even lashed out at the then Aruu county MP Odonga Otto who tried to criticize him for ruthlessly defending a regime that was oppressing people. An infuriated Gen. Katuma gave out his location address to Otto in a tweet and dared him to make a move.