Otafiire: We look at Gen. Katumba as a Bishop in UPDF 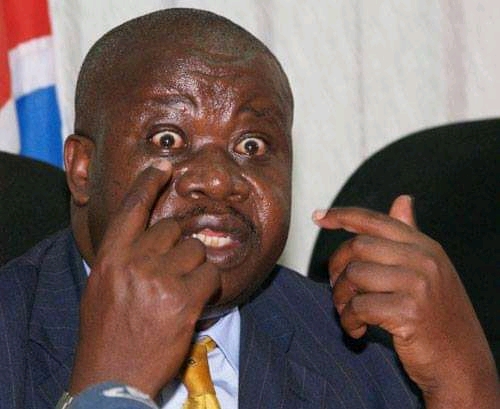 SEE ALSO: I did not go to the bush for Bobi Wine to be president, Minister Otafiire

Reacting to the tragic incident, Otafiire said it was uncalled for and ‘disgusting’ for such to befall a calm serving soldier like Gen. Katumba.

“Katumba doesn’t quarrel with anyone. He is like a Bishop. He doesn’t go to the bar. I’m also astonished but of course I’m not scared,” Otafiire says. “Gen.Katumba is clean and for the time I’ve worked with him, I’ve not seen him in a wrangle. Maybe if it’s land issues, or someone blocking him from seeing the president that could have sparked the assassination attempt,” he adds.

Otafiire also says much as Katumba would have had issues with some members of the opposition during the heated age limit debate, he would not expect them to retaliate with such strength. “Maybe if it’s Zaake but again Zaake can’t revenge that way,” Otafiire says. “Everyone who’s been shot dead has their own issues,” he adds.

Asked if he expects some element of external coordination of the gruesome incident, Otafiire dispelled the development.  “I’m unaware of any possible external element. I can’t implicate a neighboring country when I don’t have proof,” he says. “We brought peace. The assassination is just disastrous. You can’t say we’ve failed to secure peace just because of one scenario,” he adds.