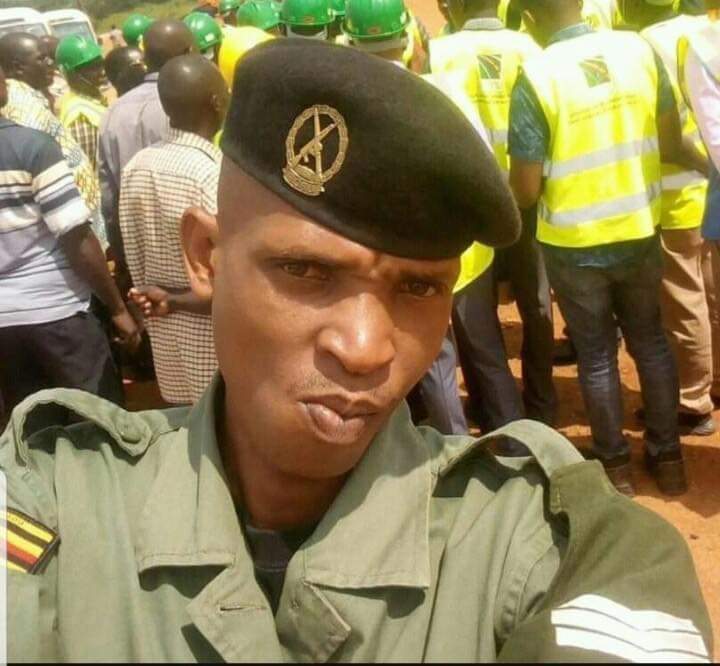 The former minister for transport and works on Friday sent UGX 2 million to facilitate the burial of his slain driver, Haruna Kayondo who died during a Monday shoot out in Bukoto, Kampala. Gen. Katumba did not personally attend the burial but delegated another UPDF soldier at the rank of Lt. Colonel plus an explanation that he was attending the burial of his mother in law.

The deceased Haruna was laid to rest at his ancestral home in Bukomansibi district. He is survived by a widow and two biological children.

Similarly, the Uganda People’s Defence Forces buried sergeant Kayondo with UGX 5 million in honour of his heroic actions that saved the general from dying in the shoot out. The deceased’s widow, Acan Hellen called on the army and government to take up the responsibility of providing for the orphaned children. “I call upon the government to help with school dues for these children,” she said.

Who was Haruna Kayondo?

Haruna Kayondo, the late driver of Gen Edward Katumba Wamala, the outgoing Works and Transport minister, first worked as a taxi driver before joining the army.
The revelation was made to Daily Monitor yesterday by Ms Madina Nakibuule, an elder sister of the deceased.

“Haruna had incredible driving skills and was a taxi driver operating on the Bukomansimbi-Masaka route. He later abandoned the taxi business and joined the army in 2006,” Ms Nakibuule said.
Born in Lugando Village, Bigasa Sub-county in Bukomansimbi District, Kayondo died at the age of 38 behind the wheel on Tuesday morning after succumbing to gunshot wounds during a shooting incident that occurred on Kisota road, a narrow road before the Northern Bypass at the Kisaasi-Ntinda junction in Kampala.

In the same vehicle was also Brenda Nantongo, a daughter of Gen Wamala who died on spot. Gen Wamala on the other hand sustained injuries and was later hospitalised at Medipal International Hospital in Kampala. He was discharged yesterday.
Ms Nakibuule said Kayondo has been a sole bread winner for his young family, including a wife and four children. In addition, he was also taking care of relatives who needed financial assistance from time to time.