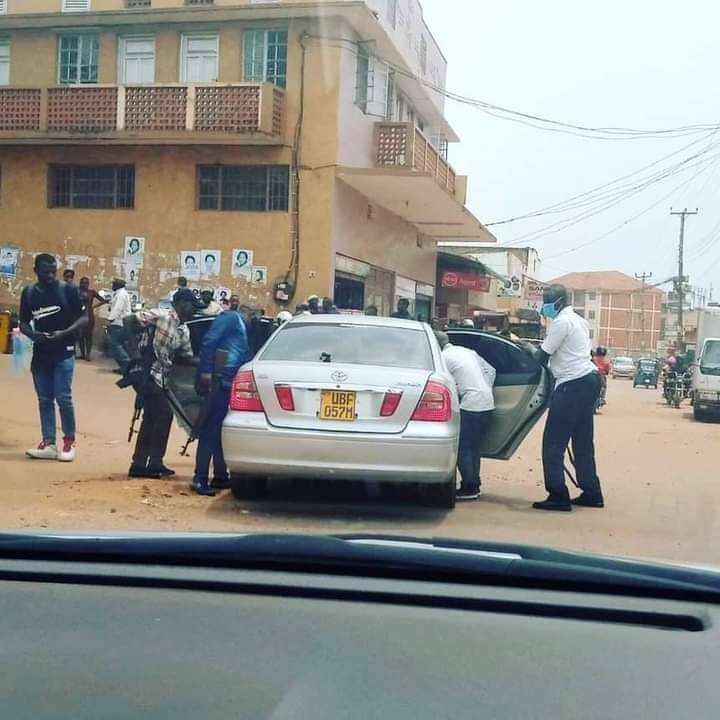 A source familiar with the ongoing investigations into the Tuesday shooting of the UPDF vehicle of Gen. Katumba Wamala says scores of locals in the 1km radius of the scene have been arrested. The same source says among those detained includes juveniles below the age of 18 who are of school going age.

“The young lads were captured from nearby shops as they were shopping,” our source reveals. “It is obvious that these children cannot execute such a high profile assassination,” the source adds.

On that fateful day, moments after the tragic shooting, a social media footage emerged showing security operatives indiscriminately abducting some of the locals who live close to the scene. A group of children of school going age were also captured and bundled into a waiting Toyota Hiace tinted security vehicle locally known as a drone. Until now, their whereabouts remain mysterious but sources familiar with the investigation say different security forces are conducting their own investigations.

The Chieftaincy of Military Intelligence (CMI) is believed to be holding the missing children in its precincts of Mbuya military barracks. The Special Investigations Unit on the other hand is holding in its custody the CCTV crew which manned the surveillance on that fateful morning. Efforts are underway to establish what could have inspired the dysfunctioning of the CCTV camera surveillance system in Ntinda and Bukoto that morning. Another source says telecommunications companies have been asked to surrender the call records of that particular location ranging in the time between 8:50am to 9:15am. The move is motivated by the fact that one of the suspects had a mobile handset and he was seen making communication.