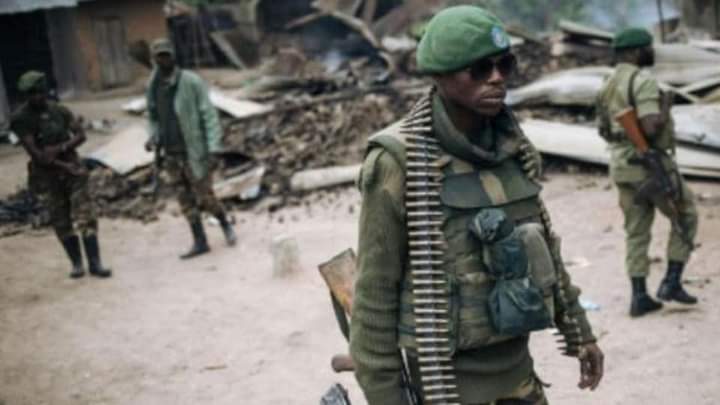 Fighters from the Allied Democratic Forces (ADF) group killed 57 civilians in displacement camps in the eastern Democratic Republic of the Congo (DRC) on 4th June 2021, the United Nations said on Friday, voicing outrage at the gun and machete assaults.

UNHCR, the UN refugee agency, said the deadly attacks by the ADF, which was driven out of neighbouring Uganda in the late 1990s, had forced some 5,800 people to flee multiple displacement sites in the eastern Ituri province.

“On 4th June, ADF simultaneously attacked displacement sites and villages near the towns of Boga and Tchabi, killing 57 civilians – including seven children – who were shot and attacked with machetes,” UNHCR spokesman Babar Baloch told reporters in Geneva.

“Several others were left wounded and 25 people were abducted, while over 70 shelters and stores were set on fire.

“In Boga town alone, 31 women, children and men were killed. Bereaved family members told UNHCR partners that many of their relatives were burnt alive in their houses,” Baloch said.

“UNHCR is outraged by this latest in a series of atrocities committed by armed groups in eastern DRC,” he added.

The agency called for security in the region to be scaled up urgently to protect civilians, many of whom have been attacked and forced to flee multiple times.

The ADF is the deadliest of scores of armed groups that roam the mineral-rich eastern DRC.

It is historically a Ugandan armed group that has holed up in eastern DRC since 1995. In March, the United States said the ADF was linked to ISIL (ISIS).

Baloch said that thousands had fled Boga to various nearby locations “with virtually nothing but the clothes they were wearing”.

He said that while most had been welcomed in by impoverished host families, some were sleeping out in the open, while others have sought refuge in already overcrowded churches.

Baloch added that one of UNHCR’s humanitarian partner organisations had its offices looted, leaving thousands short of aid.

The UNHCR said more than five million people had been uprooted by insecurity and violence in the DRC, with 1.7 million displaced in Ituri alone.

Sources add that the ADF have intensified their killings ever since the Ugandan troops crossed into DRC to fight and destroy the ADF camps.