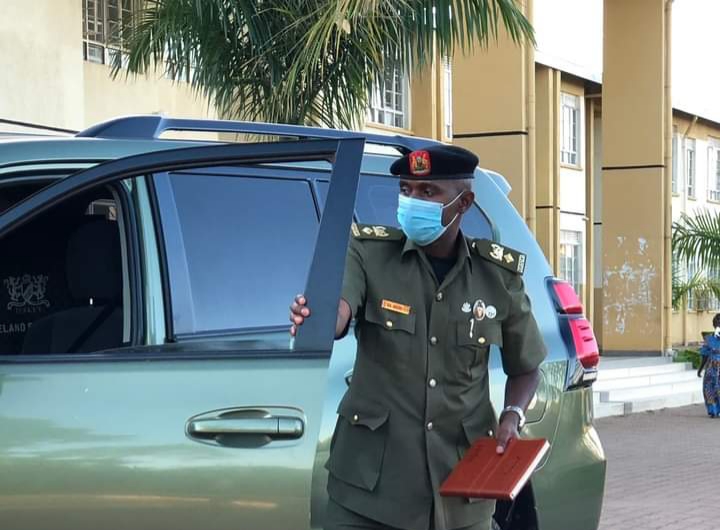 News coming in indicates that the Deputy spokesperson of the Uganda People’s Defence Forces, Lt. Col. Deo Akiiki has been axed from his work following a failed public relations campaign to clean up the army image regarding the fateful shooting of Gen. Katumba Wamala which occured earlier this week.

Lt. Col. Akiiki has been replaced by Lt. Col. Ronald Kakurunguru as per the communication issued by the UPDF. The replacement is to be effected immediately as officials say Akiiki has squarely left everything regarding the shootings to be discussed by an inexperienced Brig. Flavia Byekwaso. Army bigwigs are at discomfort with Byekwaso whom they say is still raw in doing fine PR for the UPDF as per her failed NTV Thursday show where she stammered simultaneously and failed to make a point before Patrick Kamara who hosted the ‘On the Spot’ show.

Akiiki confirmed his sacking in an immediate interview with media. “It’s true Lt. Col. Kakurungu will be seating in for me. As I do a one year long command and staff course,” he said.

“I thank the UPDF leadership for nominating me to go and further my studies and military career at the Senior Command and staff college. Karibu Ndugu Lt. Col. Ronald Kakurungu to take charge of the office of the Deputy spokesperson of the ministry and UPDF. Aluta continua,’ he cursed in a tweet published moments after his evental sacking. Akiiki claims he is to advance his military studies something top army chiefs could not confirm to the media.