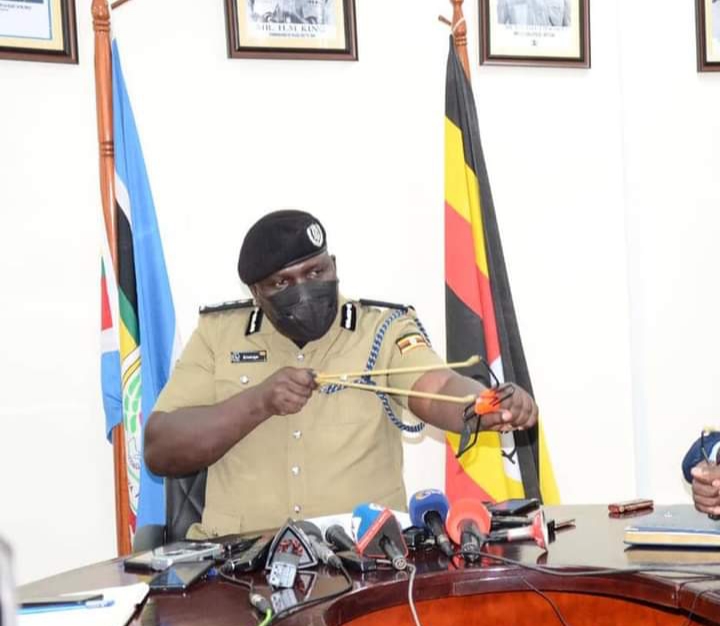 The police spokesperson Fred Enanga has in today’s security briefing responded to president Museveni’s directive urging all officers in the traffic department to be armed. Museveni in a Sunday evening covid briefing reiterated that the assailants who dared Gen. Katumba Wamala encountered a traffic police officer but evaded arrest because the officer was unarmed. He therefore rallied police authorities to arm the traffic police officers so that such scenarios are avoided in the coming days.

Rebutting to Museveni’s prayer to arm the traffic department, Fred Enanga today told journalists that the police do not have enough pistols to enforce this directive. “As the police, we are out of arms to give to every traffic officer,” he said. “It would be convenient if they are each given pistols of a bastola model. But it’s now not possible. We will just pair the traffic personnel with FFU officers. We don’t think these traffic officers can endure holding big guns and at the same time man the traffic flow,” he added.

Arming the traffic officers however may empower them to shoot at will well knowing they are protected by the presidential order.