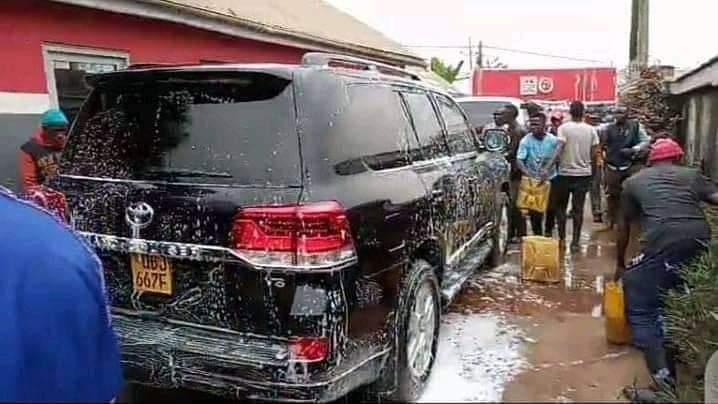 The bullet proof vehicle of former presidential candidate Kyagulanyi Ssentamu Robert aka Bobi Wine has this Tuesday afternoon been cleared by the Uganda Revenue Authority.

The vehicle had been impounded following executive orders calling for the revenue officials to justify why they had ‘undervalued’ its taxes yet it was a sophisticated vehicle. SFC soldiers were even deployed to examine the vehicle and indeed established that it is bullet proof. The URA was asked to reevaluate the taxes of the Toyota landcruiser vehicle and a tax close to $100,000 was agreed on. The hefty tax was meant to discourage Bobi Wine from clearing the vehicle.

However, months after it has heen at URA premises, the leadership of the National Unity Platform party spearheaded a silent fundraiser campaign that saw the vehicle cleared without even a penny from Bobi himself. Several sources say the vehicle has been cleared instantly so that the security of the former presidential contender is boosted. The vehicle is being driven to the party headquarters in Kamwokya where it shall be handed over to Bobi Wine. The vehicle retains its registration number UBF 667F.