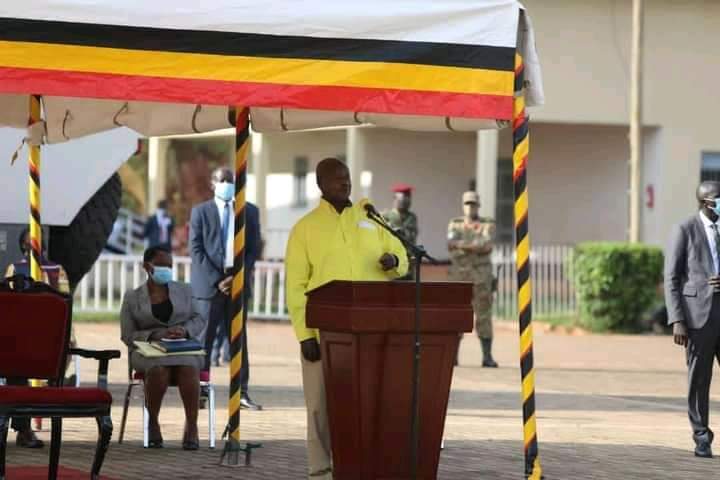 The NRM National Chairman President Yoweri Kaguta Museveni yesterday urged the party caucus in Parliament to unanimously back him in his choice of candidate for the positions of Vice President and Prime Minister.

Museveni told the caucus sitting at Kololo that he would soon present the two names and urged the MPs to approve them once tabled.
He added that the list of 80 ministers both cabinet and state shall also be released very soon.

On the Speakership race, the NRM national chairman congratulated Members of Parliament for showing solidarity while voting for Jacob Oulanyah and Anitah Among as Speaker and Deputy Speaker respectively two weeks ago.

According to Museveni, party politics is all about compromise, adding that moving alone distorts the NRM ideology.

He assured MPs that nobody shall be vindicated or harassed for having supported a different candidate.

She also warned the MPs against corruption saying the party will not hesitate to replace committee bosses should they start asking for sanitizer before handling issues.