I will be fine, ex Minister Kiwanda speaks out on being dropped 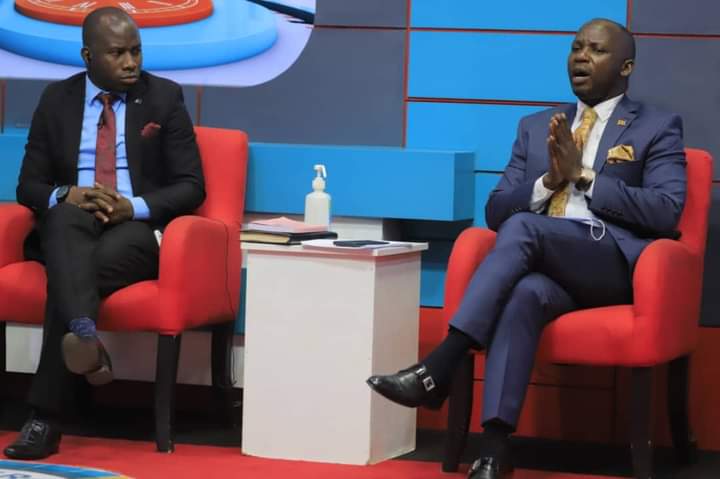 Former Minister for tourism, Hon. Ssuubi Kiwanda Godfrey has consoled himself following a span of taunts from the public making fun of his sudden ejection from cabinet. The cabinet appointments came as a surprise and found the ex Minister on the NBS Barometer show. Kiwanda suffered numerous taunts from the outspoken opposition icon, Betty Nambooze Bakireke who urged him to shed tears for at least this sudden dumping from cabinet. Nambooze says that for all the sacrifices Kiwanda has made for the NRM party to the point of leaving his Mityana North constituency, he should have at least been fixed somewhere on the 2021-26 cabinet. Even the would be NRM Secretary general slot has been given out to Richard Todwong.

SEE ALSO: Minister Kiwanda disregards news that an arrest warrant was issued against him

“After all, this is what Museveni has done to you! You need to get annoyed,” Nambooze said.

Kampala central MP, Hon. Mohammed Nsereko who was also a panelist on the NBS Barometer show consoled Godfrey Kiwanda. “Be strong my brother because being dropped from Museveni’s cabinet isn’t the end of life. Even our other brother Simeo Nsubuga was used and dumped by the same system. The other day I rang him on phone to say how are you my brother? This is how Simeo Nsubuga answered me: “My brother nze bino sikyabitegera abasajja n’emotoka yabwe eyaba special shooters bagitwala dda.” It means my brother these things are complicated they even took away their pick up truck which used to carry the special shooters they had assigned to protect me,” he said.