I am like Jesus Christ, Museveni on why he appointed Nabbanja 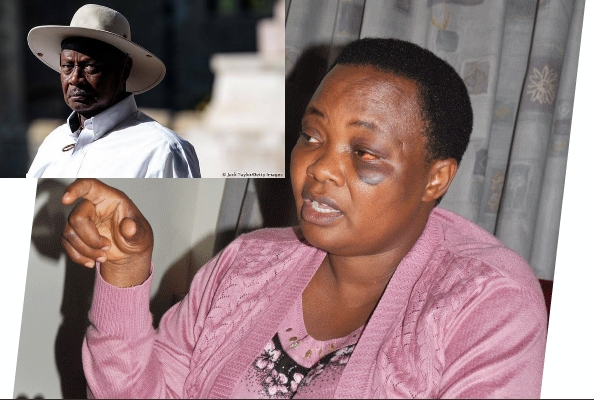 President Yoweri Kaguta Museveni Tibuhaburwa says he now looks at himself as the reincarnation of Jesus Christ. Museveni made these remarks while addressing parliament during the budget session where he responded to all those demonizing his newly appointed Prime Minister and Vice President respectively. The visibly humourous Tibuhaburwa responded to critics that have been making fun of his recent cabinet appointments where an inexperienced less eloquent Robinah Nabbanja was named Prime Minister, and Jessica Alupo as Vice President.

“When Jesus started his movement, there were intellectuals like the Pharisees. But, Jesus went for the fishermen. So when you see my list, know I’m in the path of Jesus Christ,” he said in a veiled reply to critics who have been making fun of his new premiere, Robinah Nabbanja.

From the time she was suddenly appointed, Ugandans have been replicating photos of the new PM with the most trending being when she was donned in a dirty yellow shirt and sitting on the ground. The other picture making rounds on social media is when she has a bruised eye after being boxed by a taxi driver in a duel at a road in her district, Kakumiro. Another video is when the former secondary school teacher, Nabbanja speaks half baked poorly punctuated English.

Several political analysts have downplayed the new cabinet especially when it comes to the slots of VP and PM. Ex Minister Miria Matembe says it all shows Museveni’s true attitude towards the cabinet which to him does not mean much since he is the one in control and the ministers merely being ceremonial.

“This is a cabinet of reward. As a person who was one time a cabinet minister, I came to learn that President Museveni doesn’t value the cabinet as an important institution to drive government. He has once said he is not your servant, he gets the cabinet as a public endorsement of what he wants,” Matembe said on Thursday.