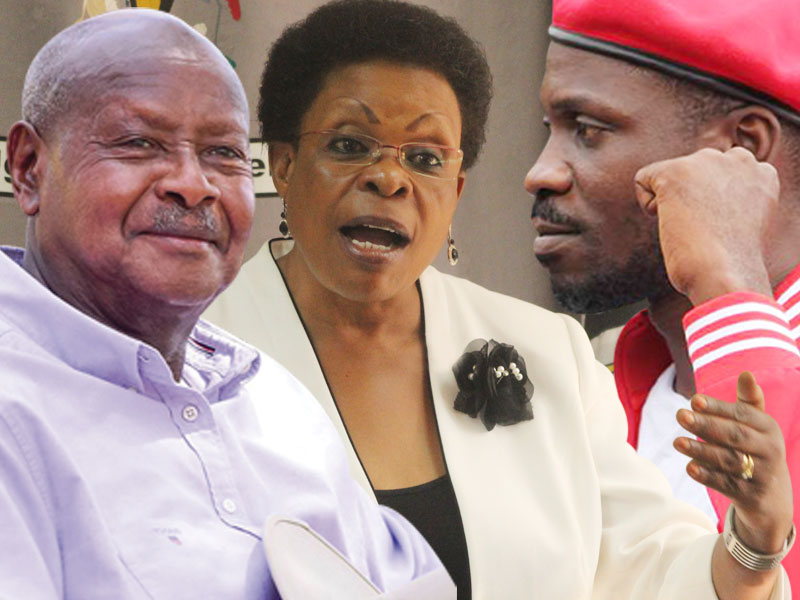 Former Minister for lands, Ms. Beti Olive Namisango Kamya says her political future has been frustrated by the supporters of the National Unity Platform party who overwhelmingly voted against NRM candidates out of what she called ‘excitement’.

Kamya made the remarks during a Sunday exclusive interview with NTV Uganda at her residence in Rubaga division.

Kamya who formely belonged to the Forum for Democratic Change party before she created her own Uganda Federal Alliance lost another bid to become MP for Rubaga North to former KCCA Speaker Abubaker Kawalya.

She was later dropped from her cabinet position as Minister for Lands and reduced to a mere presidential advisor.

Kamya joined cabinet in 2016 after losing bid to become MP to then MP Moses Kasibante. Museveni first appointed her Minister for Kampala before transferring her to the Ministry of Lands.
Now, in an interview with NTV, Kamya indicates that the decision to be dropped from cabinet stemmed from the failure by the Rubaga North voters to send her to Parliament.
“Museveni also needs votes in Parliament. Why would he appoint me minister when there are those who already have won seats in Parliament?” Kamya asked.
In the recent cabinet reshuffle, Museveni replaced Beti Kamya with Mityana District Woman MP loser Judith Nabakooba. Kamya had pledged to deliver 80% of the total votes in Kampala to the favour of Mr. Museveni.