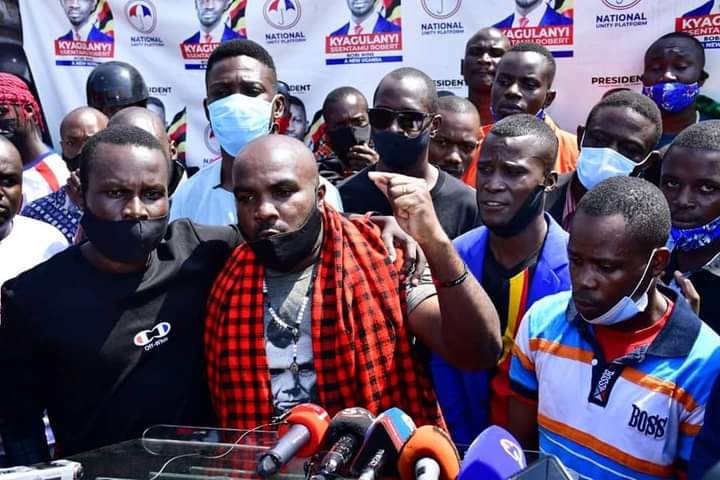 A day after the release of the National Unity Platform party supporters who have been in Kitalya prison for the past six months, the secretariat says it is making private arrangements to subject all of them to a proper medical examination. The party reiterates that the health state of its members is a key priority they cannot take for granted.

“Some of them are visibly weak and have scars to explain the torture ordeals they’ve undergone behind the walls of Kitalya,” Joel Ssenyonyi, the NUP mouthpiece told media today. “We want to take them for decent medication since we understand that they could not easily access it in Kitalya. We’ve also asked them not to entertain frequent visits since covid cases have spiralled,” he added.

Edward Ssebuufu alias Eddie Mutwe who is one of the Bobi Wine crew members that have endured the Kitalya torture reiterated the absence of medicine in Kitalya prison. “If you fall sick just know that you are on your own,” Eddie Mutwe said. “They just bring people whose covid status is unknown and mix them with us,” he added.

His remarks were consistent with what singer Buken Ali aka Nubian Li who revealed that the unhygienic conditions in Kitalya are part of what faciliated sickness. “You are packed in a very tiny cell. You are piled like firewood,” Nubian said. “The place is lice infested. Even when you go out to ease yourself in the night, you cannot locate the spot where you slept because it is occupied soon as you step away,” he added.