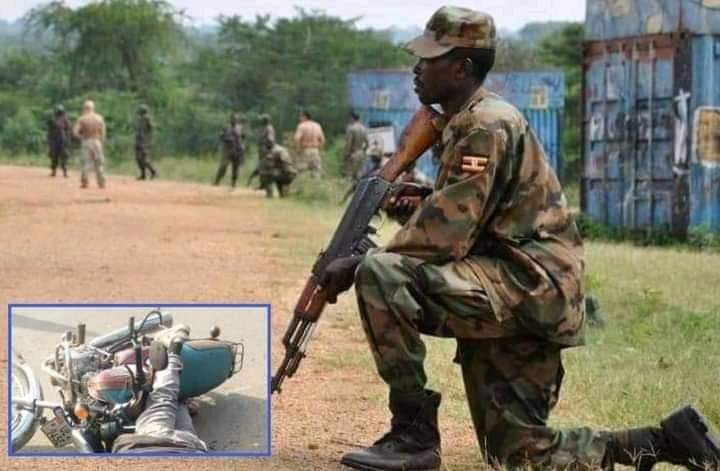 A bodaboda rider in Nyansozi village Kabarole district has been shot dead by a Uganda People’s Defense Forces’ Private at the Bunyangabu-Kabarole border.

The said officer claims his action was in self-defense after the bodaboda rider allegedly knocked him while he was enforcing the inter-district travel ban. Eye witnesses however say the soldier intended to collect a bribe from the deceased who defied and tried to ride back to his district. Fearful for his reputation as the Boda cyclist would alert the district authorities, the UPDF soldier opened fire at a distant range and killed the fleeing cyclist instantly.

Police however confirmed the arrest of the Private as investigations continue. “We have him in our custody and we are trying to understand circumstances that could have inspired our personnel to shoot,” said the Rwenzori regional police mouthpiece.

The Bunyangabu boda rider becomes the latest victim to be shot for allegedly flouting covid guidelines. This comes days after another Boda rider was killed by Katwe police officers at the Kibuye checkpoint in Makindye, Kampala.