Arua residents clash with UPDF over boy shot by soldier 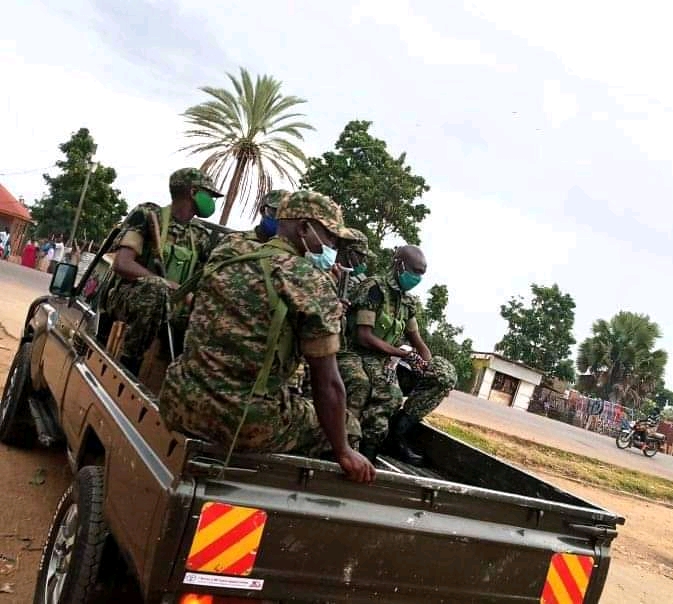 Residents of Arua city and armed security personnel of the Uganda People’s Defence Forces are apparently in a fist fight following the tragic shooting of a young boy. The said victim was shot by a trigger happy UPDF soldier who claimed the boy was not wearing a face mask and therefore did not deserve to be in a public place.

“Why are they hiding behind covid to kill people?,” Asega, a resident of Arua asks. “The brutality is alarming. These people must be stopped. Why shoot an innocent boy who has not harmed anyone?,” he adds.

The shooting comes just a day after another person was shot by a soldier in Bunyangabu district and he died on the spot. UPDF has not yet come out to speak about the escalating shootings by its own men in uniform. Police too has shied away from giving a comment.