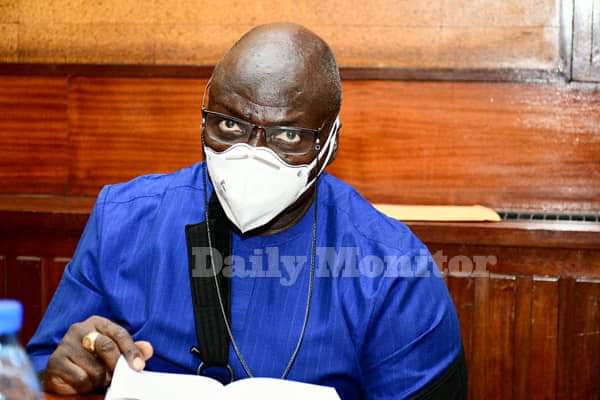 Gen. Katumba Wamala has yet again turned up to be vetted for the cabinet slot of Works and Transport Ministry despite surviving a politically motivated assassination attempt that claimed the life of his 32 year old daughter, Brenda Nantongo and driver Haruna Kayondo a fortnight ago. When discussing the assassination attempt on Gen. Katumba, president Museveni clearly asserted that preliminary findings pointed at political motivation. He indeed lashed out at what he termed as ‘pigs’ which do not value life of others.

As the investigations continue to rage on with the case having a limited press coverage as case has always been with Uganda high profile crimes, Gen. Katumba has today shunned the zoom conference vetting and defiantly opted to drive to parliament to have a one on one interface with the vetting committee. Gen. Katumba surfaced with an injured hand and a pickup of military escorts in a lead car. By the time of filing this report, the four star general was yet to be vetted.