Museveni: I can dissolve parliament and rule alone 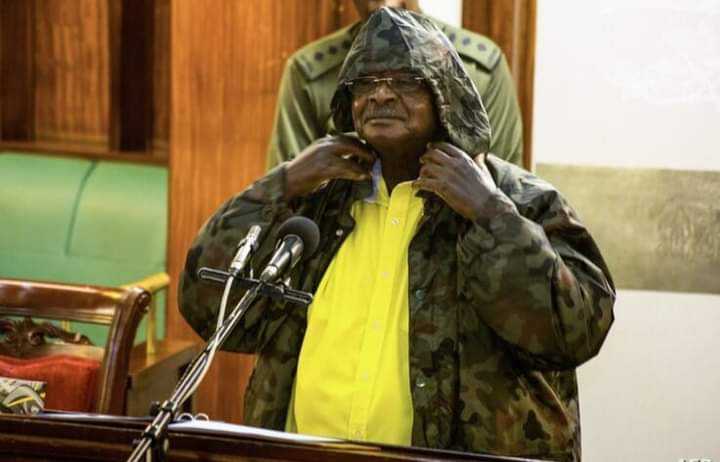 Gen Yoweri Museveni Tibuhaburwa who captured power 35 years ago came out recently and said that parliament should know it can be done away with if it is doing rubbish and he can rule without it.

“When we captured power here, there was no parliament but we managed to start up a govt. Even an illiterate Amin ruled for 8 years without parliament. So that house is not so special, I can do away with it if they are just doing nosense.” Museveni said

In the past, fights between President Museveni and parliament have broadened into uneasy standoffs but there’s no sign either side has learned anything about avoiding them.

Citing the aftermath of the Arua by-election violence both sides were inching closer to another fight. Ahead of the debate on the findings of a parliamentary probe into the Arua violence which led to the brutal arrest and torture of MPs and others, President Museveni, opposed to such a debate and warned that he could do away with the House.

Recently Museveni warned parliament against blocking govt projects by refusing to approve funds to finance the projects. He asked the Honourable members to do their job and also leave the executive to do what it is supposed to do.

He added that if parliament continues to misbehave, he would nolonger ask for any approval while executing some of the projects.