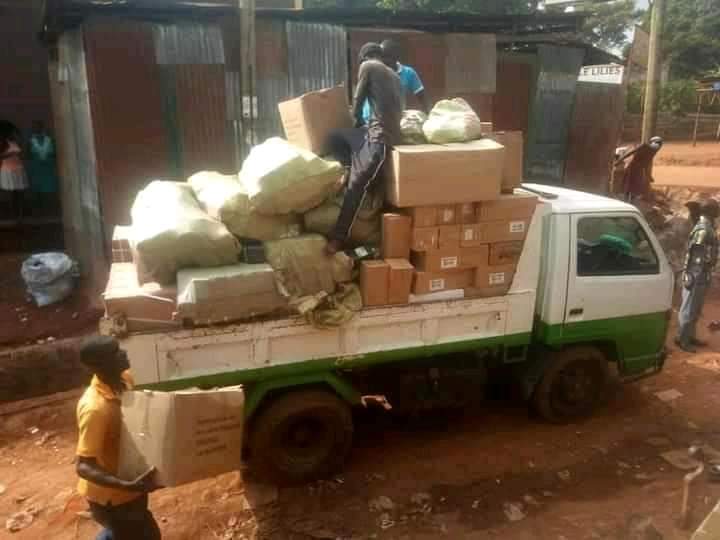 The police on Friday noon raided a private clinic located in Gganda in Nansana Municipality, Wakiso District after residents informed authorities of a truck that was offloading boxes of drugs on to other cars.

Kampala Metropolitan Police deputy spokesman, Mr Luke Owoyesigyire said officers from Nansana visited the area and found a Tipper truck with some of the boxes of drugs marked National Medical Stores, USAID and Government of Uganda.

“We arrested the nurse at the clinic and also impounded the vehicle. Investigations to establish other vehicles that took other boxes of drugs is ongoing,” ASP Owoyesigyire said.

Police have invited Ministry of Health officials to help them trace the origin of the drugs.

Mr Owoyesigyire said they will determine the clear offences against the suspects after medical experts’ analysis.

The development comes a week after police raided private clinics and pharmacies in Kampala City on allegations that they were selling Coronavirus vaccines yet they were supposed to be in possession of government.

At least 860 Coronavirus AstraZeneca vaccine doses were recovered by the police in three medical centres leading to the arrest of a dozen people.

Theft of government drugs is a challenge in Uganda as most of the stolen supplies end up in private medical centres or exported to neighboring countries.