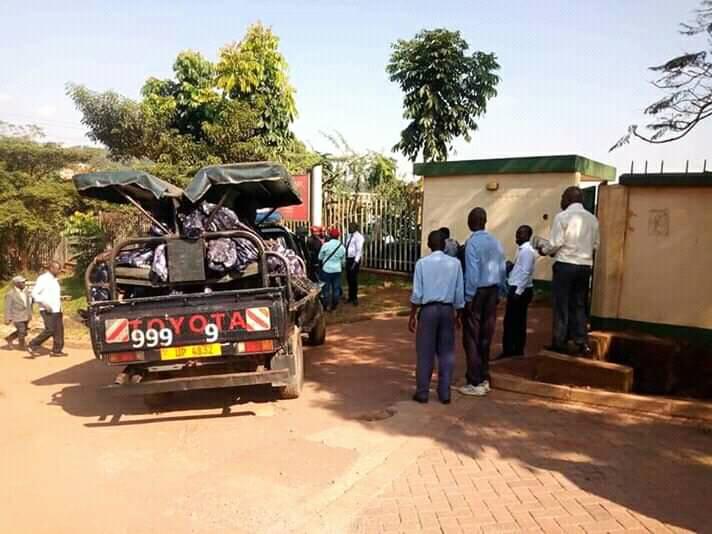 A 60 year old man has dropped dead moments after taking the AstraZeneca jab at Bwera hospital in Kasese district, western Uganda. The man whose identity has been revealed as Kule is said to have gone to Bwera hospital to access a jab at the time when he met his death.

“He was healthy when he showed up for the vaccine,” a source who happens to be a senior staff at Bwera hospital tells this reporter. “However, immediately after taking his jab, we saw him walk just 5 steps and he dropped dead,” the source adds.

Lately, Ugandans have been complaining about the side effects of the AstraZeneca vaccine. Majority have confessed that the vaccine triggers nausea and a running stomach. “My brother took it a fortnight ago and he is still bedridden,” Aseru, a local in Arua city said. “He vomits blood and suffers severe clots. We don’t know why this has to happen,” she adds.

When contacted to confirm the side effects of the AstraZeneca vaccine, Minister of Health, Dr. Jane Ruth Aceng said that the vaccine efficacy is at 75% and explained that even those who take the jab can still contract the novel Corona virus disease. Asked how they arrived at the conclusion of AstraZeneca of all available vaccines on the global market, the Minister could not give a convincing explanation. “Well, I am not in position to give a comment on that,” she said. “AstraZeneca is being used in other countries in Europe. This gives us confidence to give it out to the people,” she added.