Kabalagala cop rams into vehicle as he chases after Boda rider 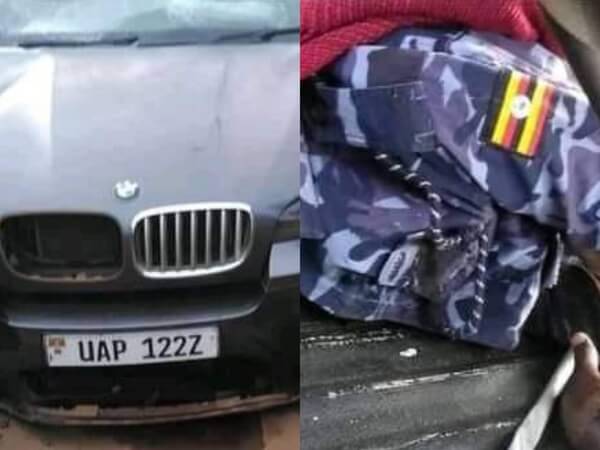 A Police Officer on Sunday evening died while enforcing COVID 19 Guidelines prohibiting the carrying of passengers on Boda Bodas. In his address, president Museveni froze all public transport and regulated Boda riders to strictly carrying cargo as a precautionary initiative to delay the spread of covid.

The officer only identified as Constable Owili was on Sunday evening was knocked dead by unidentified driver around Kabalagala in Makindye division, Kampala.

PC Owili was said to be enforcing COVID 19 guidelines at around 7pm when he met his death. Patrick Onyango the Kampala Metropolitan police spokesperson confirmed the tragedy and said that Owili was knocked by vehicle reg number UAP 122Z whose driver is still on the run.

Eye witnesses however say the police officer was riding on a motorcycle and attempted to chase after a Boda Boda cyclist who was carrying a passenger. “He spotted a rider with a passenger and charged at them,” says one witness who asks to be kept off record in fear of reprisals. “The Boda rider sped off and this officer tried to chase after him and unfortunately rammed into the vehicle,” he adds.

The owner of the vehicle abandoned it by the roadside and went to a private clinic for first aid contrary to what police alleged that he was on the run.