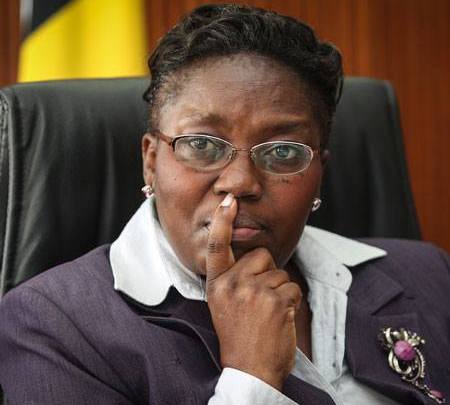 It seems the defiance of former speaker of parliament, Rt. Hon. Rebecca Kadaga will not die away even when Gen. Museveni is convinced that the ministerial appointment would relax her fury. Just today as ministers showed up for inauguration having successfully been vetted by the parliamentary appointments committee last week, Kadaga’s seat remained vacant as she did not physically attend.

The oath taking event has been seen off by the NRM party head, Gen. Yoweri Museveni who expected all his cabinet members to show up. Sources close to the Busoga iron lady reveal that she is still displeased with the fact that she is to serve under an inexperienced Robinah Nabbanja who is the new Prime Minister.

“This was a demotion to a woman of her legacy,” says her aide. “We just took up that ministerial slot just to appease the president but trust me Mama is not happy with being humiliated to that level,” adds the aide.

It should be remembered that even in last week’s vetting process, Rt. Hon. Rebecca Kadaga who is now the 1st Deputy Prime Minister declined to physically show up but instead attend virtually via a video feed.

Meanwhile, FDC’s Joyce Nabbosa Ssebugwawo opted to physically show up to take oath as the new state Minister for Information and National Guidance. The 77 year old former opposition leader is to serve under Dr. Chris Baryomunsi.