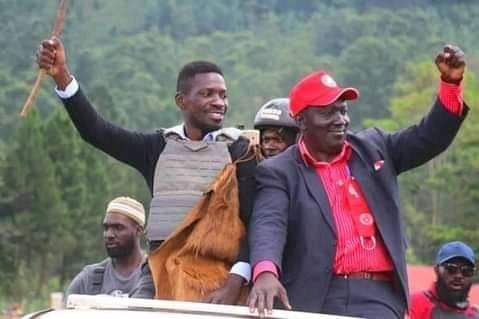 This follows Hon. Kyagulanyi’s eventual exit from the country to a destination which according to inside sources is Munich, Germany. Hon. Kyagulanyi is being accompanied by the party Secretary general David Lewis Rubongoya with whom they shall conduct some confidential duties that they shall share with the public upon their return.

The leave shall take about three weeks according to a document released by the party last night. The NUP spokesperson Joel Ssenyonyi says the president empowered everyone to conduct party activitied which is why he can entrust any member of the secretariat. “At NUP, everyone is a leader. We are not a one man party,” Ssenyonyi told media today. “The president is off for official duties which will last for three weeks. In the meantime, Manjiya county MP also opposition Chief Whip, John Baptist Nambeshe will be the acting president,” he added.