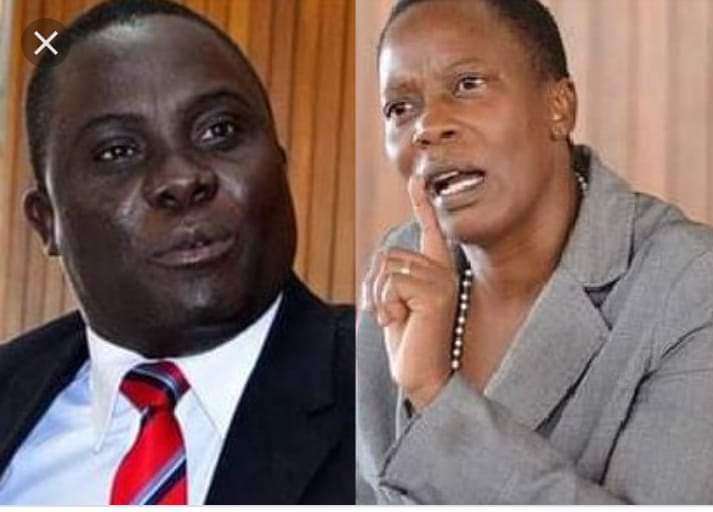 Today, the Buganda parliament caucas will go to the polls and make its new structure. The polls will take place at parliament in strict adherence to the covid guidelines. Although the National Unity Platform party endorsed Butambala county MP, Muhammad Muwanga Kivumbi to be their frontliner for the slot of chairperson of the caucus, Mukono municipality MP Betty Nambooze Bakireke insists that she will run as independent.

Nambooze says she does not agree with the ‘undemocratic’ tendencies exhibited in the selection process by her own party. According to Nambooze, NUP was a bit biased to her candidature. “I would concede if the process was democratic,” Nambooze said moments after losing the favour to Muwanga Kivumbi. “I will run as independent because I don’t agree with my party decision,” she adds.

Sources inside Mengo intimate that Nambooze’s rejection stems from her feud with the Katikkiro Charles Peter Mayiga. It is alleged that he is a kingpin to Muwanga Kivumbi’s endorsement on grounda that the Butambala legislator commands some discipline unlike Nambooze who is always at loggerheads with Mengo.

Disappointed Nambooze stormed out of the meeting as NUP endorsed Muwanga Kivumba as their flag bearer for chairman of Buganda caucus.

Tuesday was a sad day for the Mukono Municipality MP Hon Nambooze Betty as her party overlooked her to choose Hon Muwanga Kivumba as its flag bearer for the Buganda Caucus Chairperson seat.

The meeting that was held on Tuesday was chaired by the Leader of Opposition Hon Mathias Mpuuga with many members seconding Muwanga Kivumba something that didn’t go well for Nambooze.

According to Nambooze, she was not satisfied with the process saying it wasn’t democratic at all. For a Long time, Hon Nambooze has been interested in the seat as she was heard on many occasions saying that she can use the seat to push for Buganda’s demands as a Kingdom.

Inside sources say that Nambooze may come out to stand as an independent for the seat something that may crack the NUP unity in parliament.