He is not above the law, Jinja DPC Asunire on why he dragged Bobi 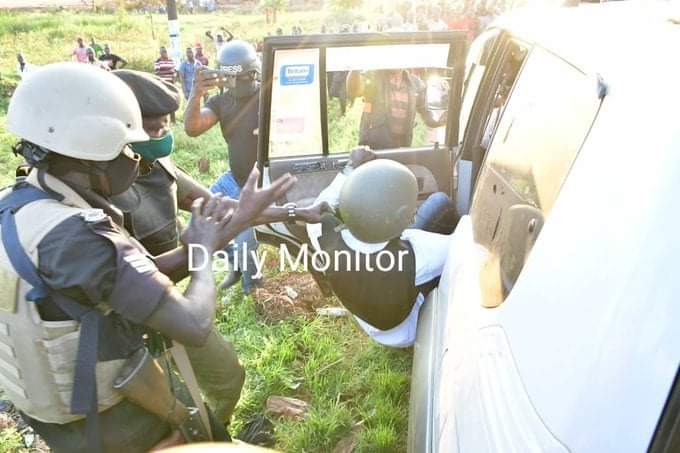 “I saw some news story on one of the online news outlets Ekyooto claiming I am one of the police officers who presided over a chaotic poll,” Asunire said Saturday noon. “You see, that is why I hate NUP and its supporters. These people think Bobi Wine is an untouchable demi god. Those things Bobi Wine was telling foreigners in that press conference were harming Uganda’s image,” he adds.

Asunire also adds that he harassed Bobi Wine just to teach him and his supporters a lesson that taking over power is not a joke. “I wanted them to see that they don’t wield even an ounce of power in this country. They always sing People Power but I showed them that they hold no power. It is the gun which has power in this country. Not those NUP slogans,” Asunire brags. “But I am happy now that everything is stable. People have moved on and there is nothing much to worry about. Bobi Wine should wait for his time 20 years or 30 years from now. You cannot say you want to be president when you are not ready to lead,” he advises.