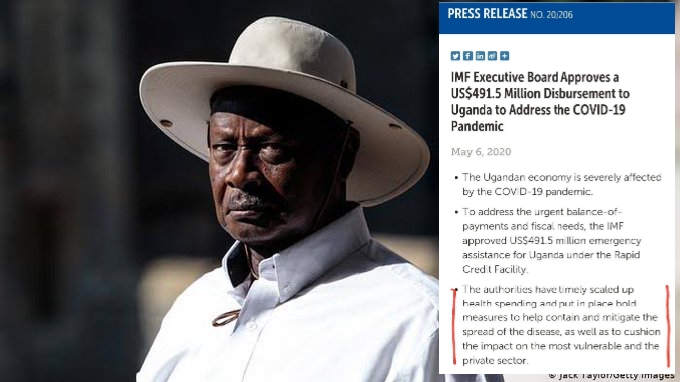 The International Monetary Fund has after a critical review imposed serious conditions on the government of Uganda regarding the newly approved $1b loan. According to reports, the IMF learned that the preceding loans issued last year were wasted in the facilitation of dictator Museveni’s 2021 general campaigns instead of mitigating the impact of the COVID-19 on the health sector.

The IMF board unanimously agreed that the $1b loan is issued in phases in a period of 6 months as opposed to a one off disbursement. Museveni is to consequently received $258 million as the first batch of the $1 billion. The money is to he subjected to a keen eye monitoring due to the gross corruption tendencies of the Ugandan government officials.

The loan is also said to be subject to revocation if the IMF investigative team notices any element of mismanagement of the money. Sources say the condition stems from the bitter reactions of Ugandan twitter users who have flooded the social media handle of the IMF exposing the rot in the Ugandan government.